New Builds and Teaming up at Anarchy Expeditions

So lately I have really been slacking on this whole blogging thing. I have a bunch of major updates and kinda want to bring this blog back up to speed. As many of you guys who have seen my blog will know I have ongoing build threads on my 2 toyota trucks on Expedition Portal, toyota-4runner.org, ttora, tacomaworld, etc, since you guys have probably followed the to this blog here.

For beginners the shop is starting to look like a full shop. Made a bunch of recent purchases regarding tools and have most of everything currently needed to build up and keep the trucks in tip top shape. Bought a new plasma cutter, argon tank for the mig welder, 35 gal air compressor, tons of air tools, and a new shop press aswell as a new floor jack.

Also I am happy to announce that instead of a solo venture by myself, I now have 2 more friends who have joined the Anarchy Expedition crew, which brings out truck count to 4. Each vehicle will be outfitted with its own individual gear. We plan to do a lot of custom work to the newest addition a 2001 double cab Tacoma Prerunner that was involved in a front end collision. Here is a teaser picture of whats to come on this truck. More updates to follow. 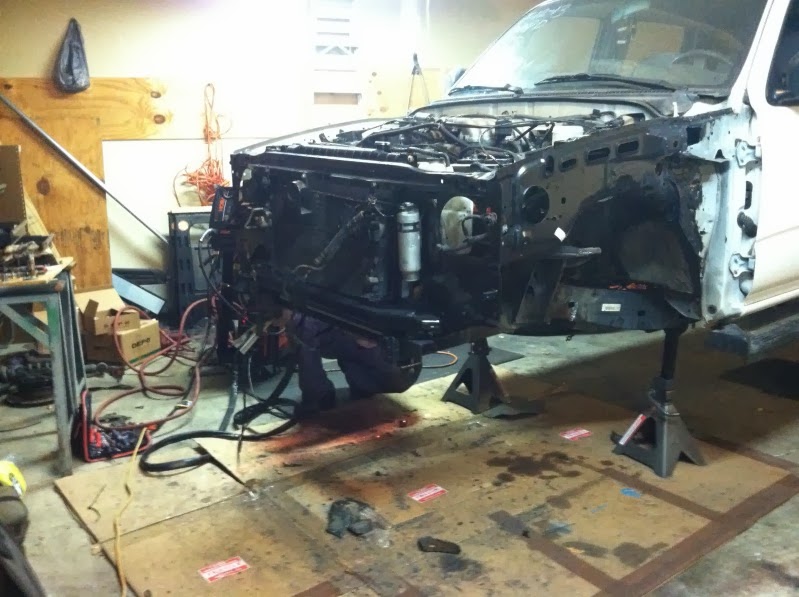 Posted by Unknown at 3:39 PM No comments:

Starting off The New Years Right

So I have been slacking quite a bit on my updates for this blog. In fact I haven't posted anything on here for over a month maybe two I'm not even quite sure to be honest. Anyways I told myself I would try to keep this blog up to date this year so this is how I will be starting the new year off.

So I guess I never really posted anything about my newly acquired 4runner. Although I bought it over 2 months ago before I sold my jeep I never posted anything about it. Since I will be building the 4runner up quite a bit I figured I'd throw it on here aswell. The 4runenr actually sits a tad taller than I'd ideally like it to sit, but the purchase price was right and it was clean with all documented work. So I opted to buy the cleaner well taken care of rig instead of another project. The truck was rust free and easily the cleanest one I could find without breaking the bank.

So here she is the first day I purchased it.I plan on making a lot of changes soon to come. 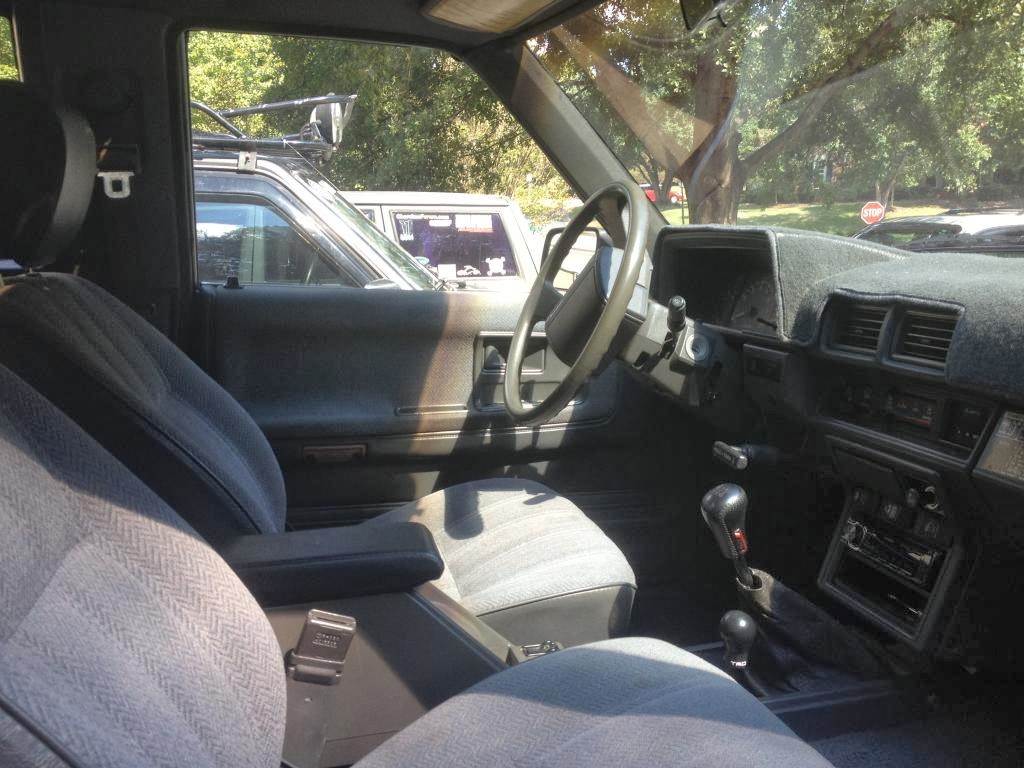 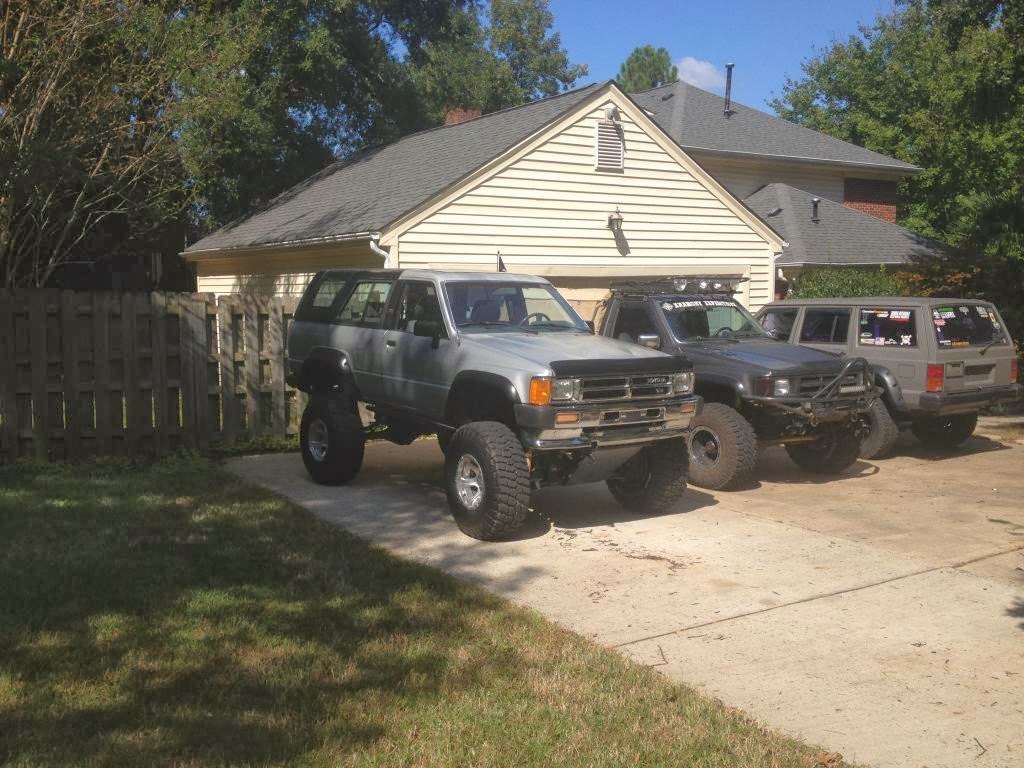 Posted by Unknown at 7:37 PM No comments:

Random pics from past URE trips

Just a post to throw up pics of a couple past trips out to URE in my Pickup. Pics are in random order of past 3 trips out to URE. Just havent had a chance to post them up yet. 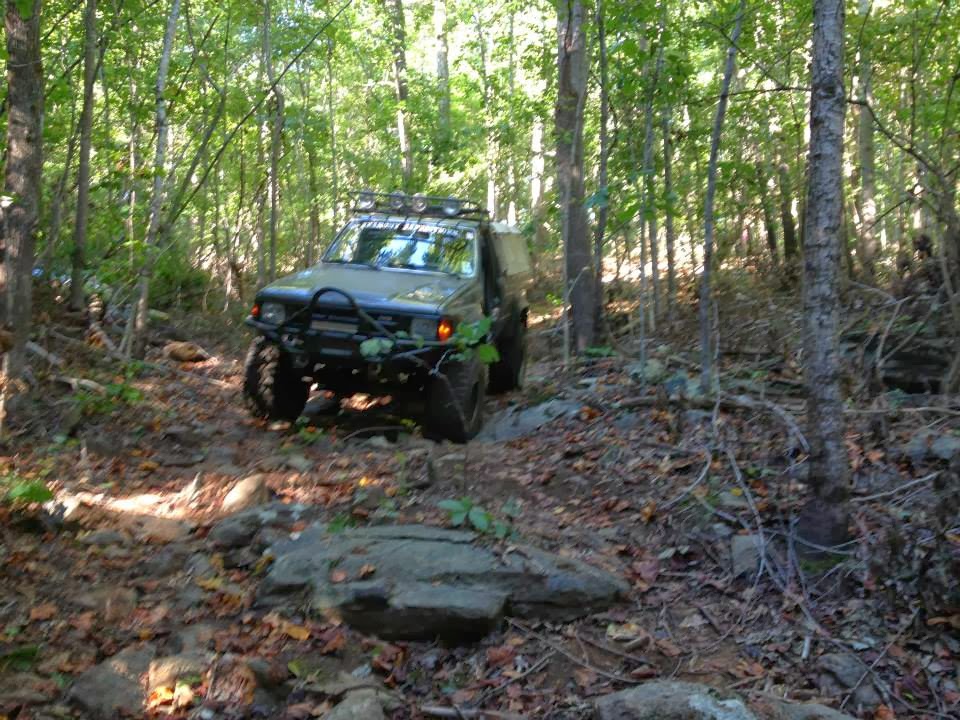 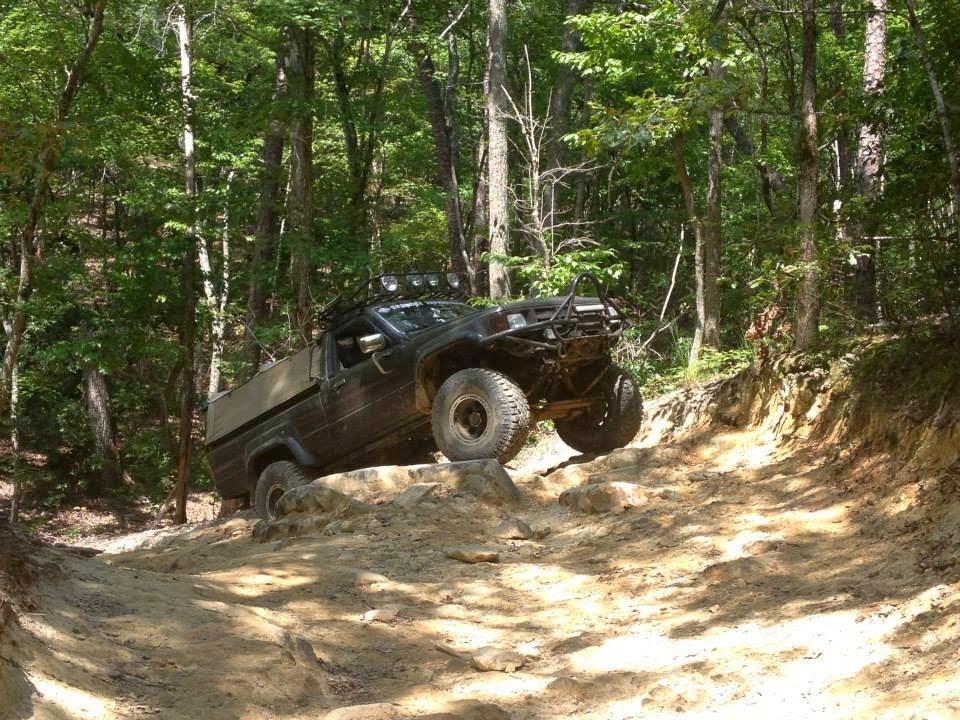 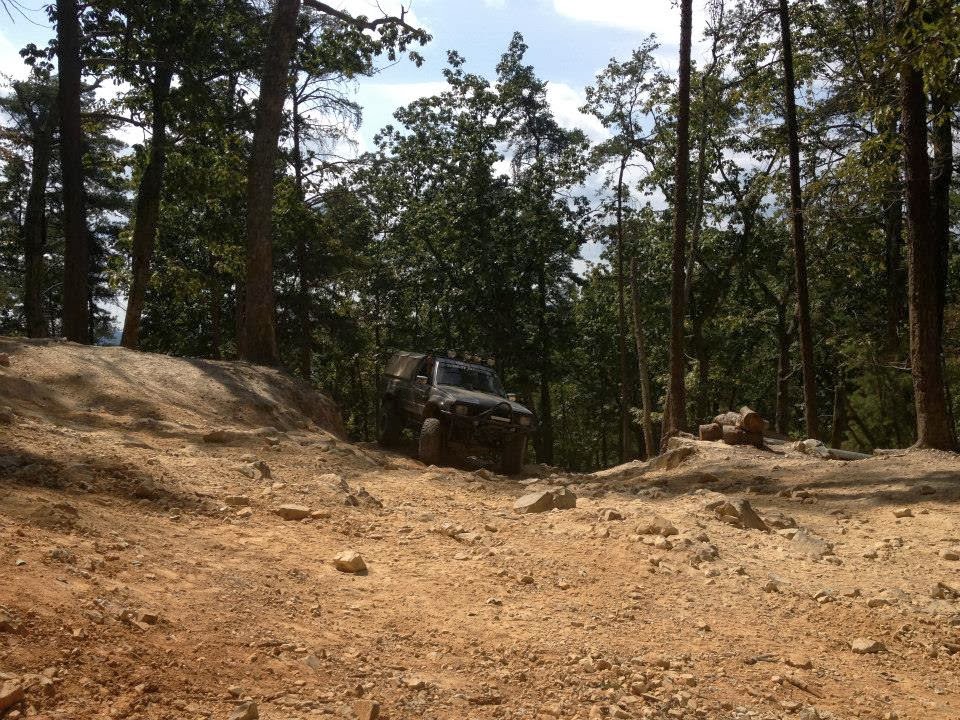 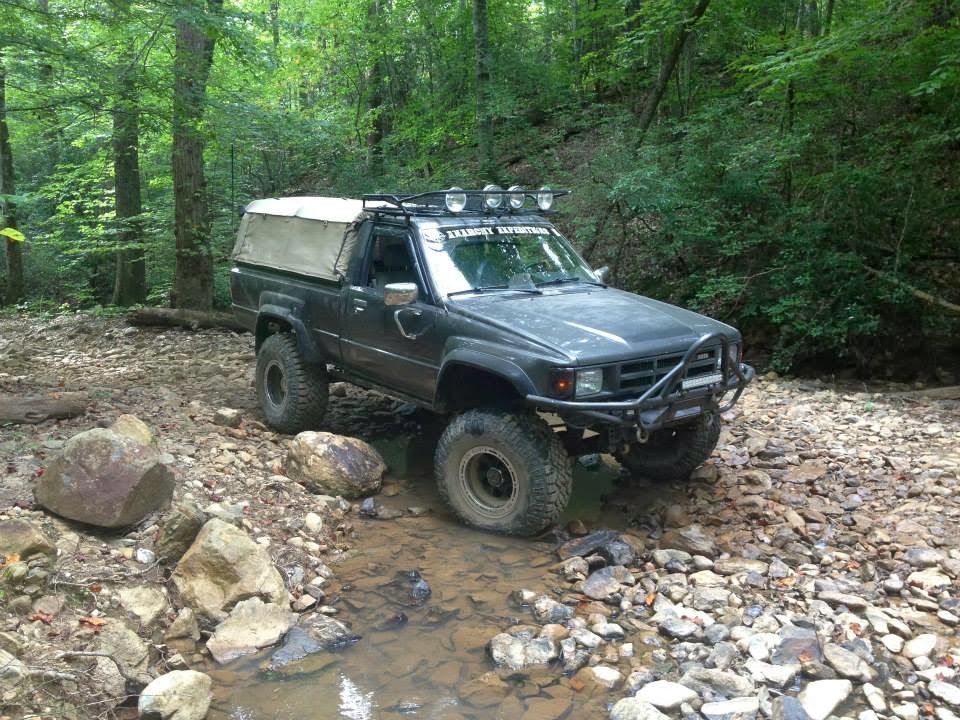 Well its been a long time since I've had anything to contribute to this blog. Mostly out of laziness than anything. I figured with my insomnia tonight I'd update this blog a bit and maybe get my mind off some things. Never realized school could be soo damn stressful. Anyways as the title says I finally sold the old jeep about 3 weeks ago. The jeep had it coming, and I kind of regret selling the old truck thinking about it now while I type this. I always had envisioned turning the jeep into some badass rock crawling machine that would conquer any obstacle I threw at it, but alas, life, lack of funds, and my sheer laziness to work on a never ending money pit of a vehicle got in the way. The jeep was exactly that, a damn money pit that swallowed every dime and nickel that I would throw at it. It was definitely time to let the old girl go. So this blog post will be dedicated to my old truck, one of the first vehicles I ever owned, and the first vehicle I single handedly bought with money I made. 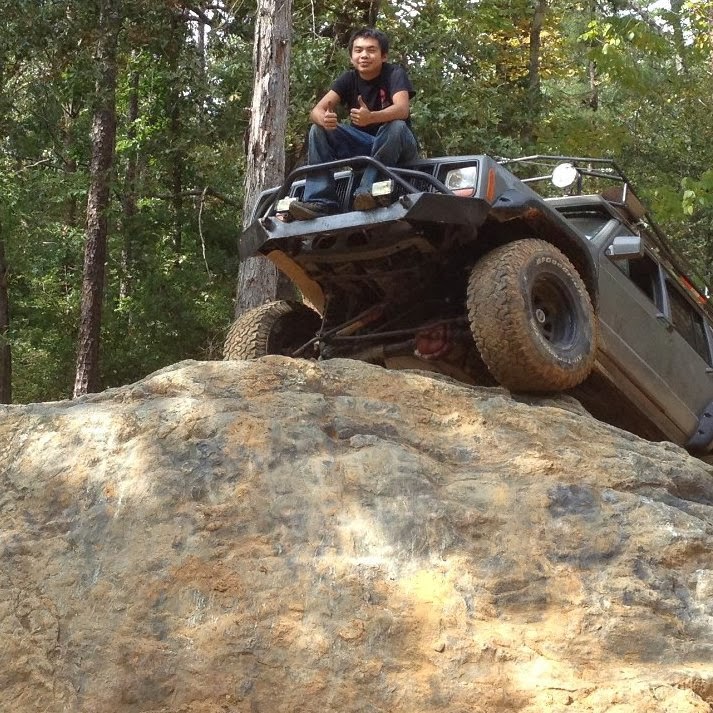 So a little background on the old Cherokee: I bought the truck perhaps three or maybe four years ago? Somewhere around that time frame, and if I look at some of my pictures I could probably pinpoint it. Its not quite important, what was important to me about this truck was, that it was my first true vehicle. Sure I have had other cars my parents had bought for me, but this one was special, it was mines, one that I paid for out of pocket. The story begins with me having just blown the engine in my Jeep Wrangler. It was time time go find a new vehicle to drive especially with my firebird in disrepair and wrangle out of commission. Knowing my parents have had it with my ratty old cars, I went scouring the net to find a replacement vehicle. At first I wasn't particularly fond of purchasing a Jeep Cherokee, I mean what high school kid would be? All high school kids want the newest coolest sports car or biggest baddest truck off the showroom floor. And here I am looking at this junky old 1990 Jeep Cherokee, that had faded paint, stock suspension, basic model without even working AC. Its saving grace however was the fact it had a new engine in it with the proper documentation for it. I finally agreed on purchasing the truck for a low price of $1500, every penny to my name gone and dumped into this ugly mess. I drove it relatively stock and untouched besides the normal maintenance for the next year. After doing a bit of research and talking to a friend of mines in HS, I decided to do something with my truck. By this time I had saved up a bit more cash and decided to do a lift, new tires, and convert the truck to 4wd. Yes the jeep was 2wd *gasp*. I eventually ended up repainted the jeep, added bumpers, lights, sliders, skids, etc. Beat the snot out of it and parked it when I bought my Toyota. Plans after that were to throw an exo cage on it, rewire some things, lift it on 35inch tires, and make custom new bumpers, but by then the jeep started developing a horrible case of deathwobble. After trying to diagnose the problem and throwing countless amounts of money at it, I lost interest and the jeep sat dormant for 6 months or so. I finally decided to sell off the jeep about 3 weeks ago and well its finally gone now.


The day I brought it home: 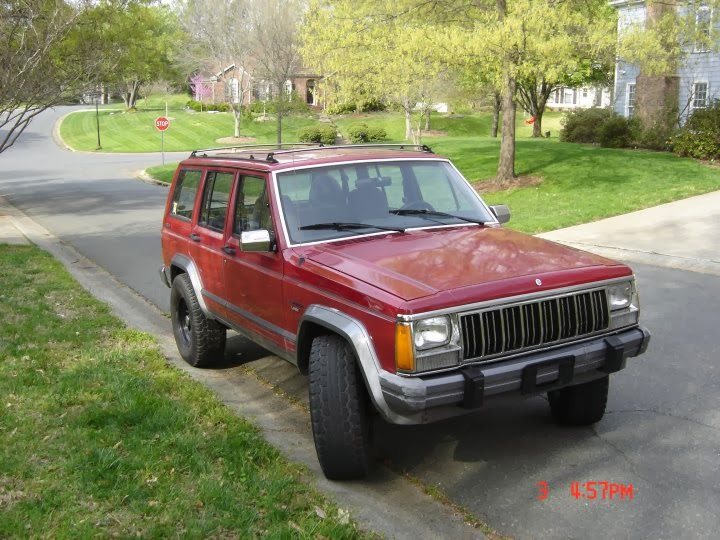 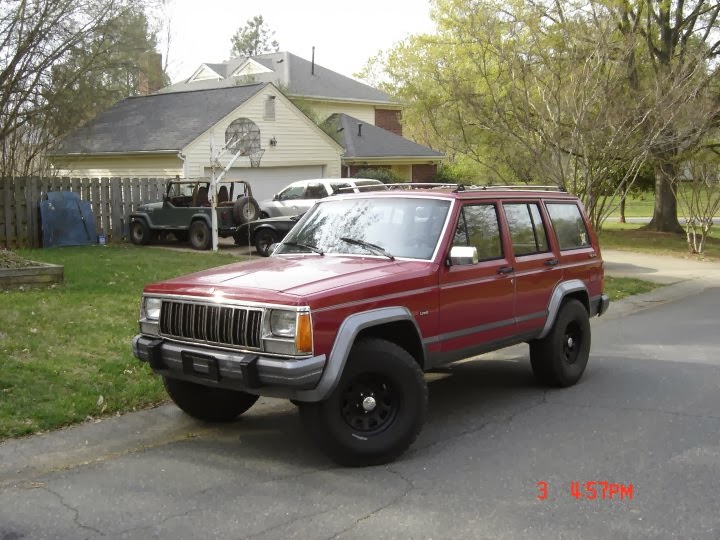 After doing some work on it: 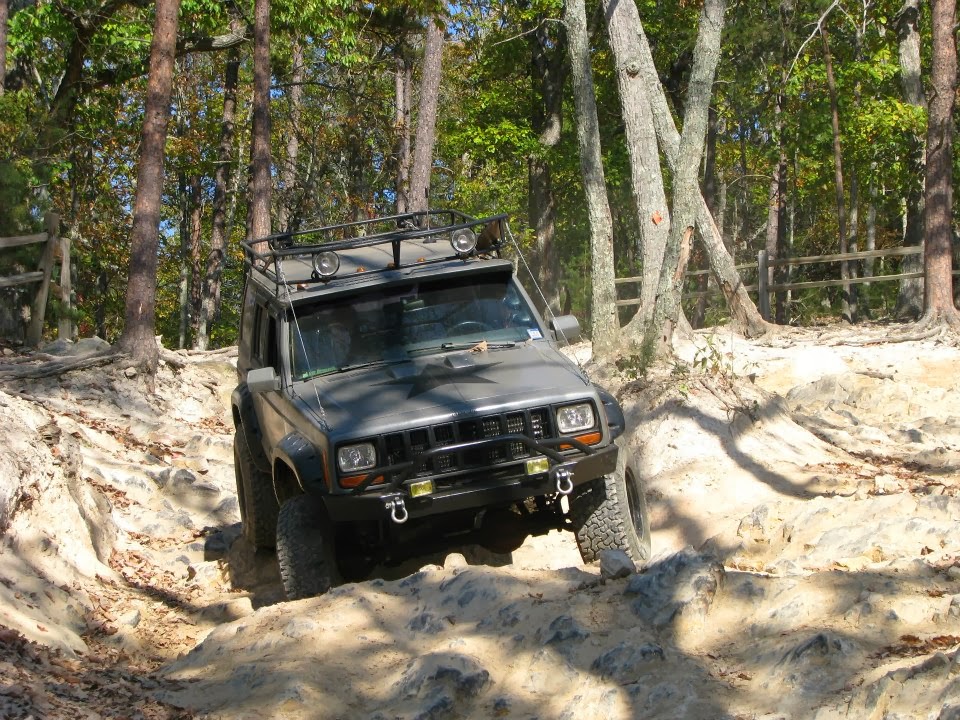 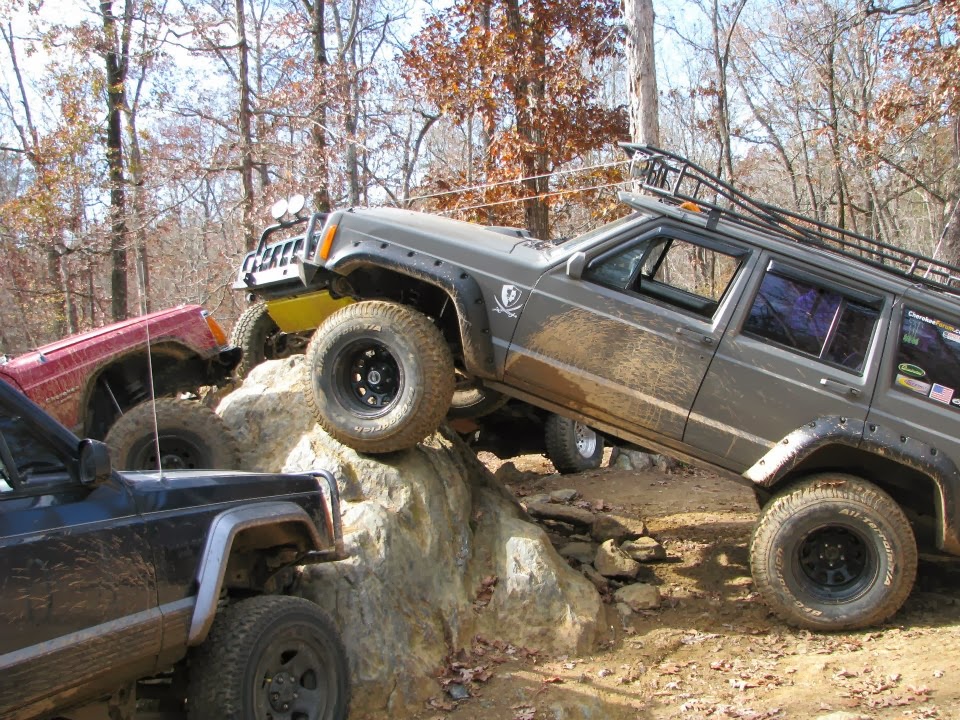 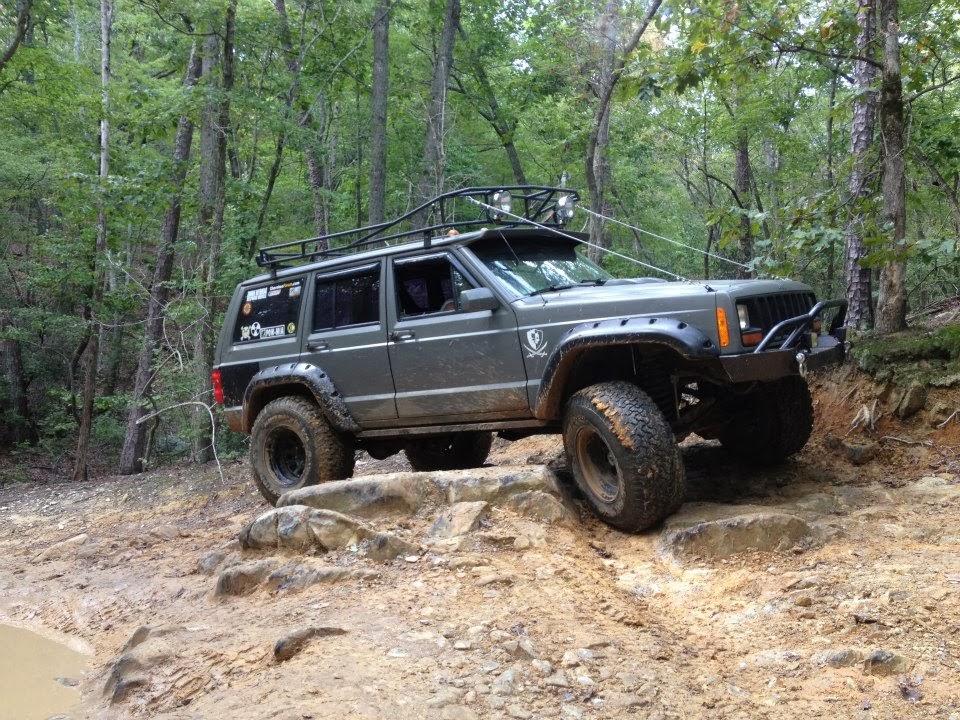 New Tcase! and a shakedown run at URE once again.

So I recently picked up a 4.7:1 ratio transfer case for my Toyota pickup. Offroading with the factory Tcase is fine but for major obstacles I found myself burning up the clutch more than I wanted to. It basically came down to either doing a doubler Tcase setup or regearing my existing case. I saw a modded Tcase from a Toyota that appeared on NC4x4 about a week ago and knew I had to have it. It saved me the trouble of actually tearing apart my factory Tcase and swapping gears. It also costed me a whole whooping $280. The gear set itself is close to the $500 range and an added bonus TWIN STICKS! came with it which would have been an additional $150. Now for those who are unaware, twin sticks refer to the shifting mechanism on the Tcase. The factory J-shifter on my Tcase controls both the 4wd and high/low range. Basically disabling 2WD Low range. With twinsticks I can select the 4wd independent from the low/high ranges. So I can effectively run 2wd low if I wanted to. The factory Tcase has a gear ratio of 2.3:1 whereas my new case has a ratio of 4.7:1 in low range. This allows me to use the clutch less since there is more torque produced and the truck is moving at a much slower pace compared to the factory setup.

Anyways enough ranting, I kinda decided on a last minute URE trip tomorrow since my class was cancelled today. I originally had planned on tackling the swap myself on Saturday "tomorrow" but a friend of mines convinced me to go to a trail ride with the Carolina Trailblazers. With that being said 2 friends and I scrambled to get the case in today so I could do a shakedown run out at URE and test her out. The swap went pretty smooth but there were a few issues. My factory tcase/tranny option was a forward shift whereas the new case was a top shift. Basically the shifter was in a different position than factory. Installing the case would require me to cut into my precious factory sheet metal, a fate I hated to dowel out on my beloved truck. This made for a pretty uncomfortable time for me and a cutoff-wheel in the cab of the pickup. But the deed had to be done. After clearancing the tunnel for the new shifters, we installed the new tcase and jacked it into place with my tranny jack. Everything else installed without a hitch.

So tomorrow I am taking the old yota out to URE again for a shakedown run and to test the new case. 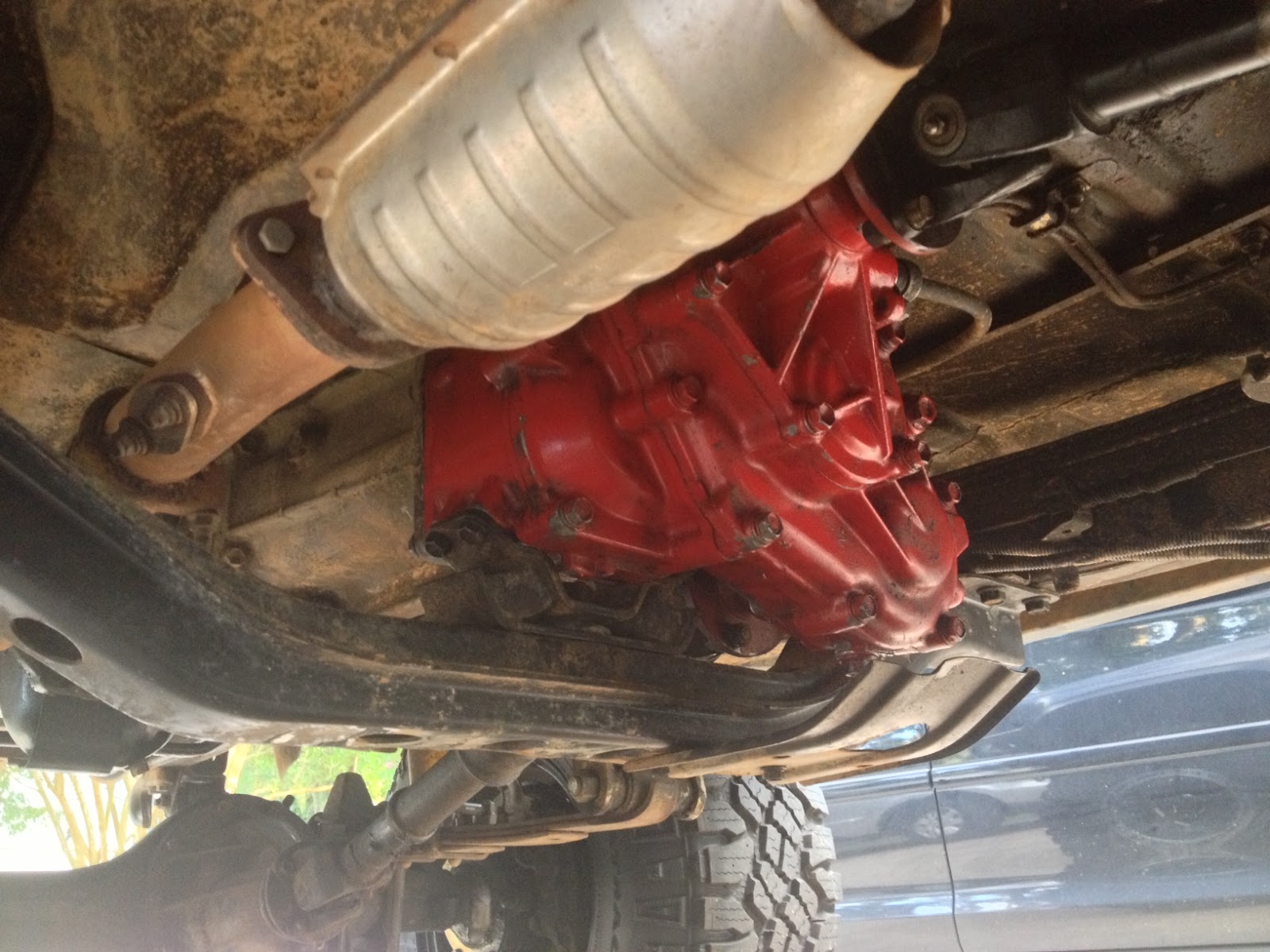 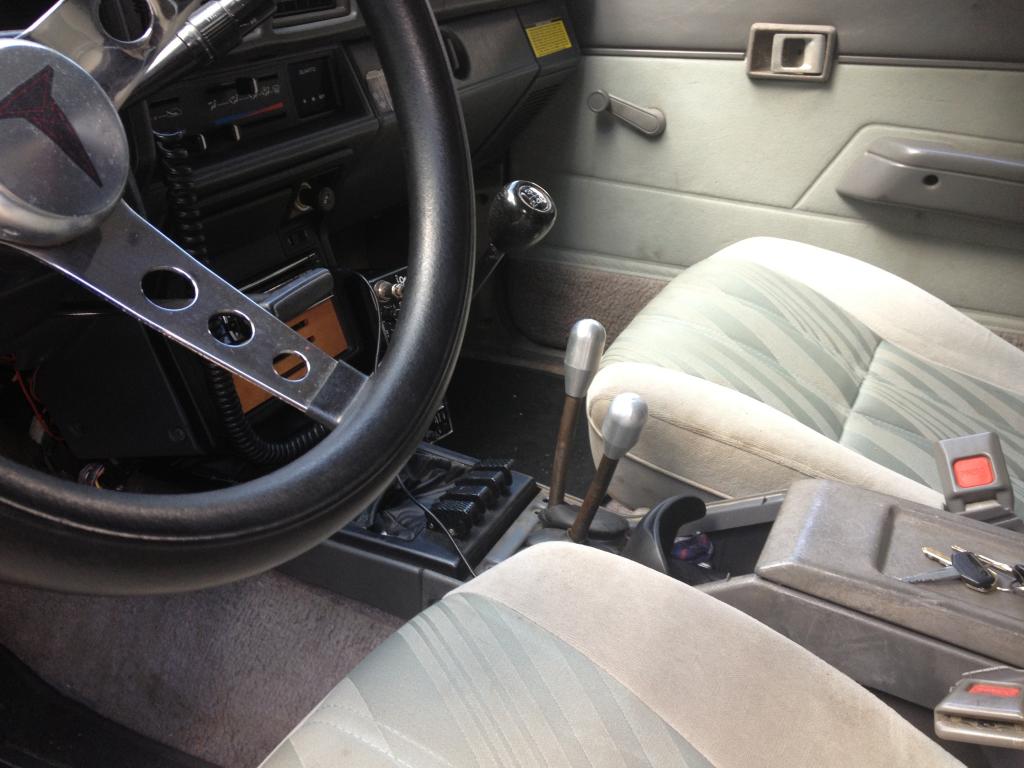 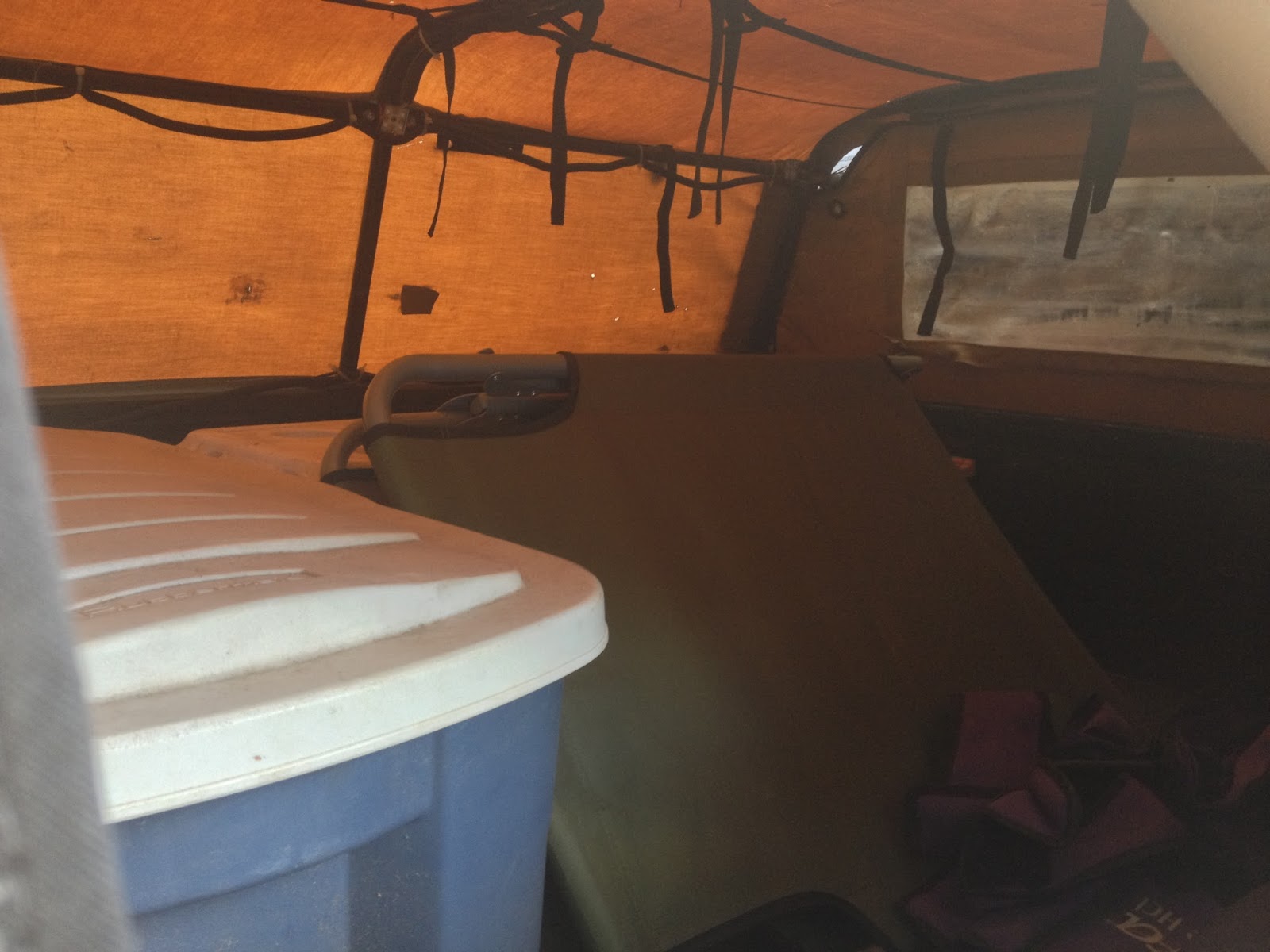 Posted by Unknown at 6:58 PM No comments:

New Tires for my Toyota

So unfortunately I had planned another beach trip before summer was over, but due to some unforeseen circumstances and lack of funds I had to abandon the trip last minute. Now with school starting any roadtrips will be on hold so that I can focus on my studies. I will still be working on the 2 vehicles here and there and updating this blog. Anyhow enough chitchat, my Toyota has been running some pretty worn out 32inch tires for wayy too long that came off of another jeep so the wear pattern was very uneven. Last minute before school started I decided it was time to get new tires, and with that I got new wheels and lugnuts. Kudos to the guys at Discount Tire here in Matthews as they did a great job and gave me an amazing deal on tires, wheels, lugnuts, the whole shebang. I ended up putting 33x12.50x15 Goodyear Wrangler Duratracs on it, with 15x10 Ion Alloy wheels. They also installed a set of black gorilla lugnuts with the special spline on it. Got the whole thing out the door with certificates, balancing, and lifetime rotation for a cool $1300. 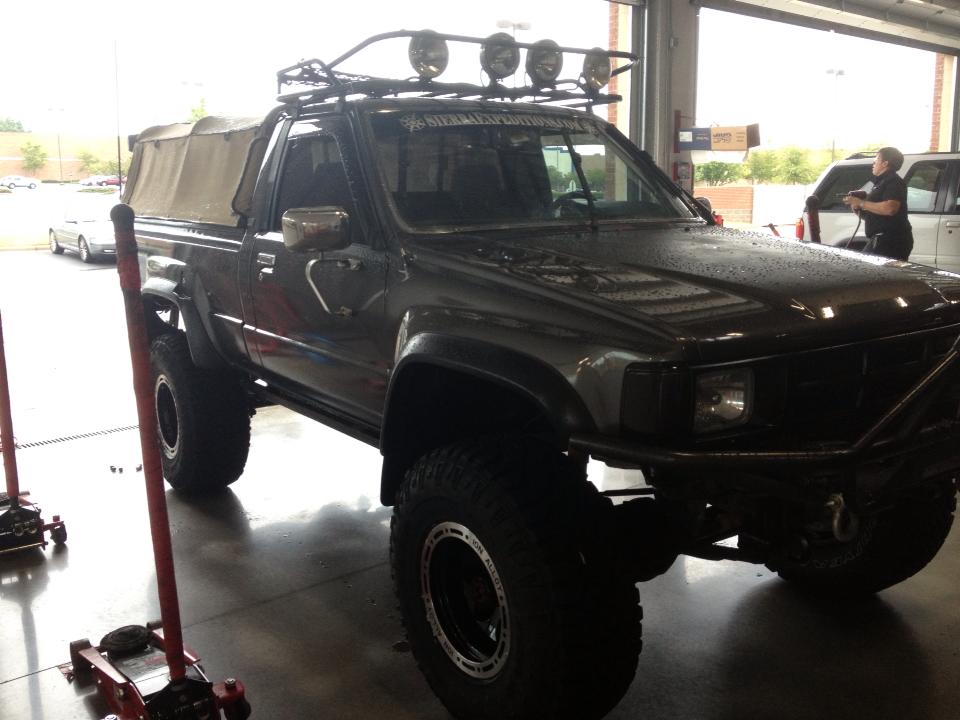 Here she is at the shop getting new wheels and tires. 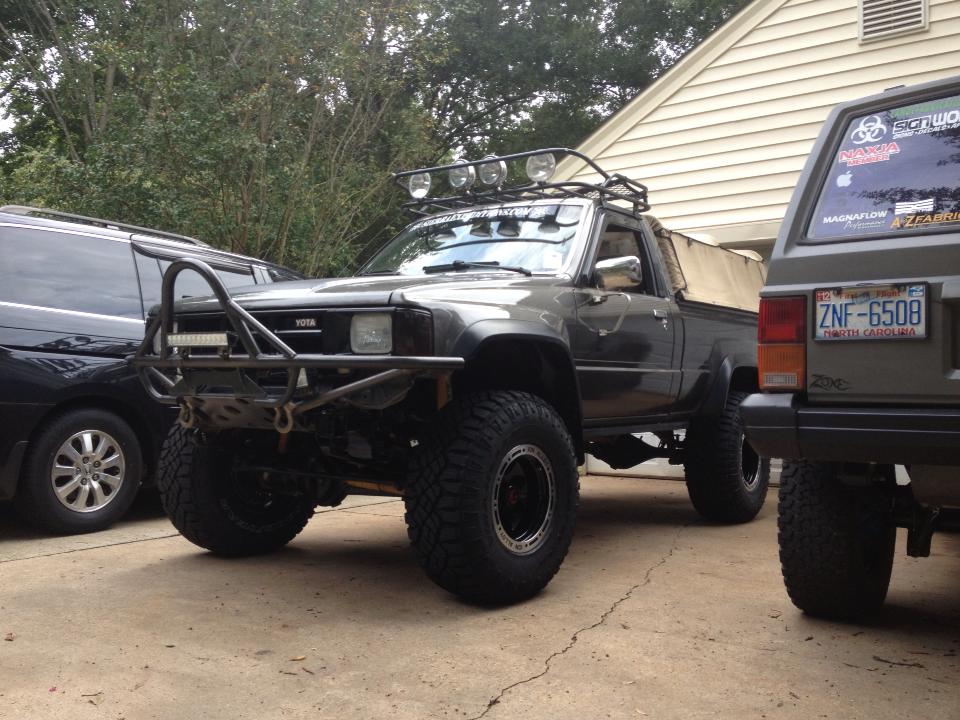 So not much has gone on since my last posting really. Did another trip out to URE with some of the cherokeeforum guys from UNCC with a bit of camping. I cut the trip a bit short because I wasn't feeling too well on Friday night and ended up leaving Saturday night. Still got 2 whole days of camping and wheeling in though which was nice. Took the little yota like last time, didnt wheel it much cause of how I felt. Anyways here are some pics of the lastest trip. 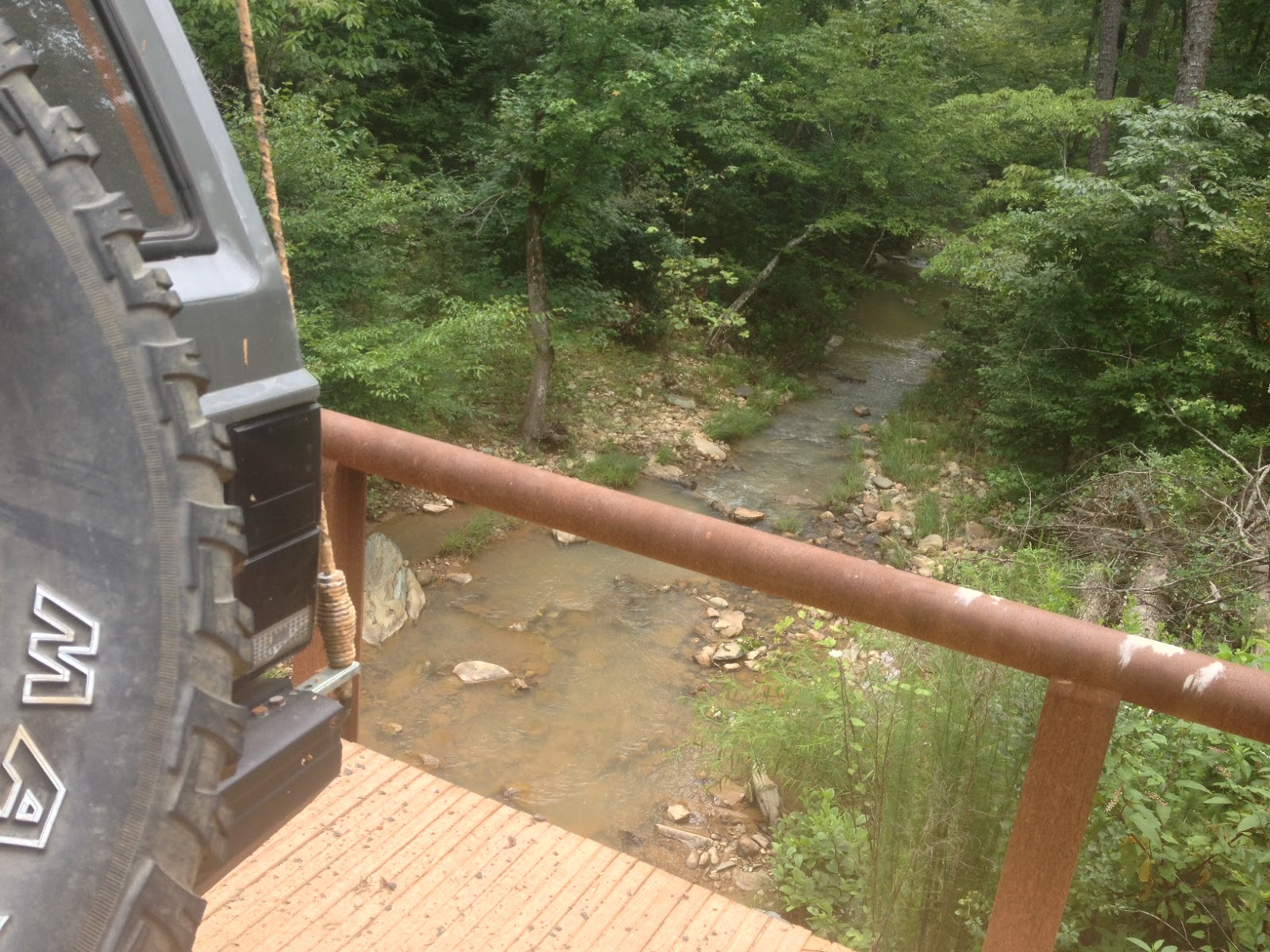 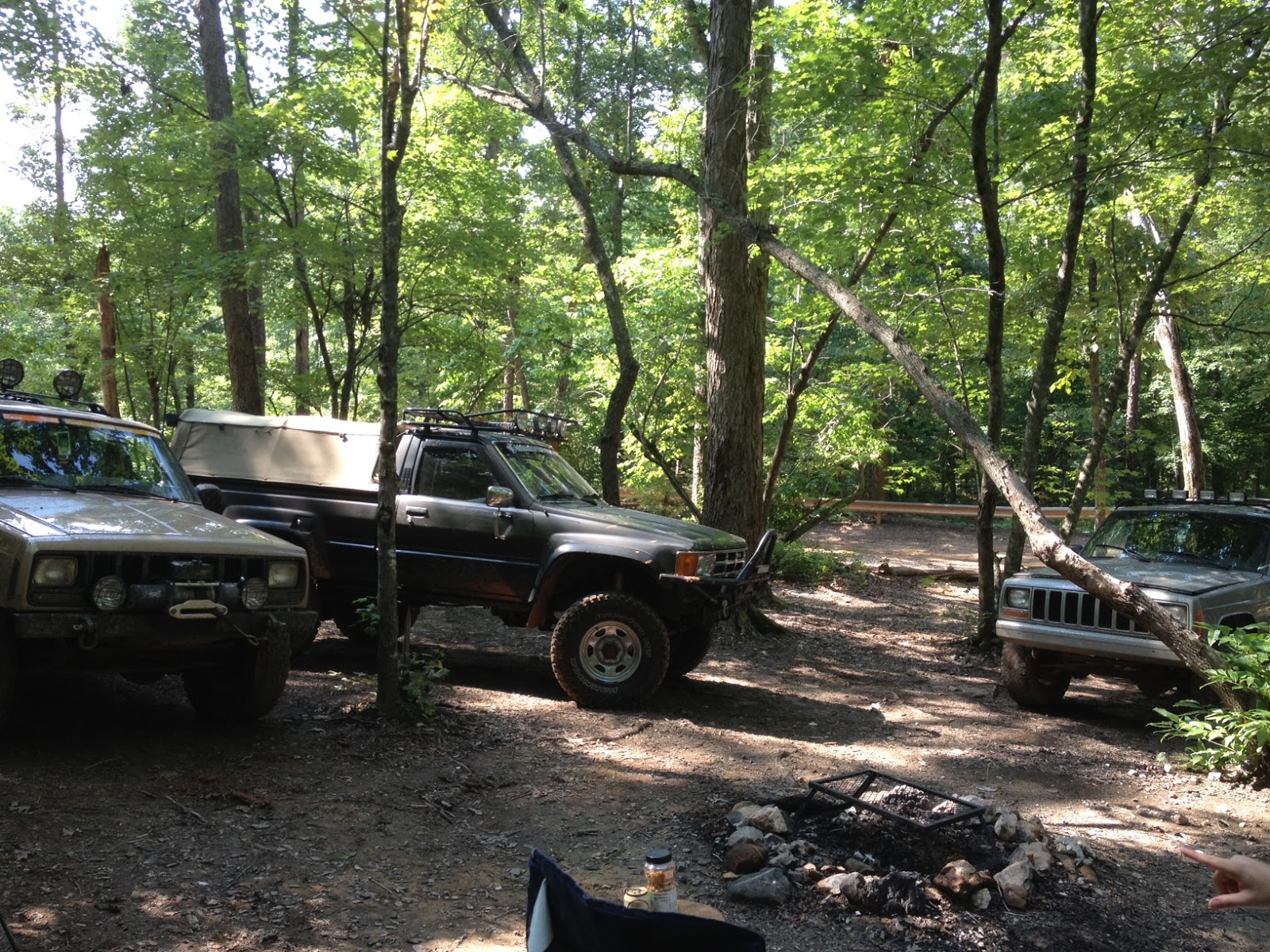 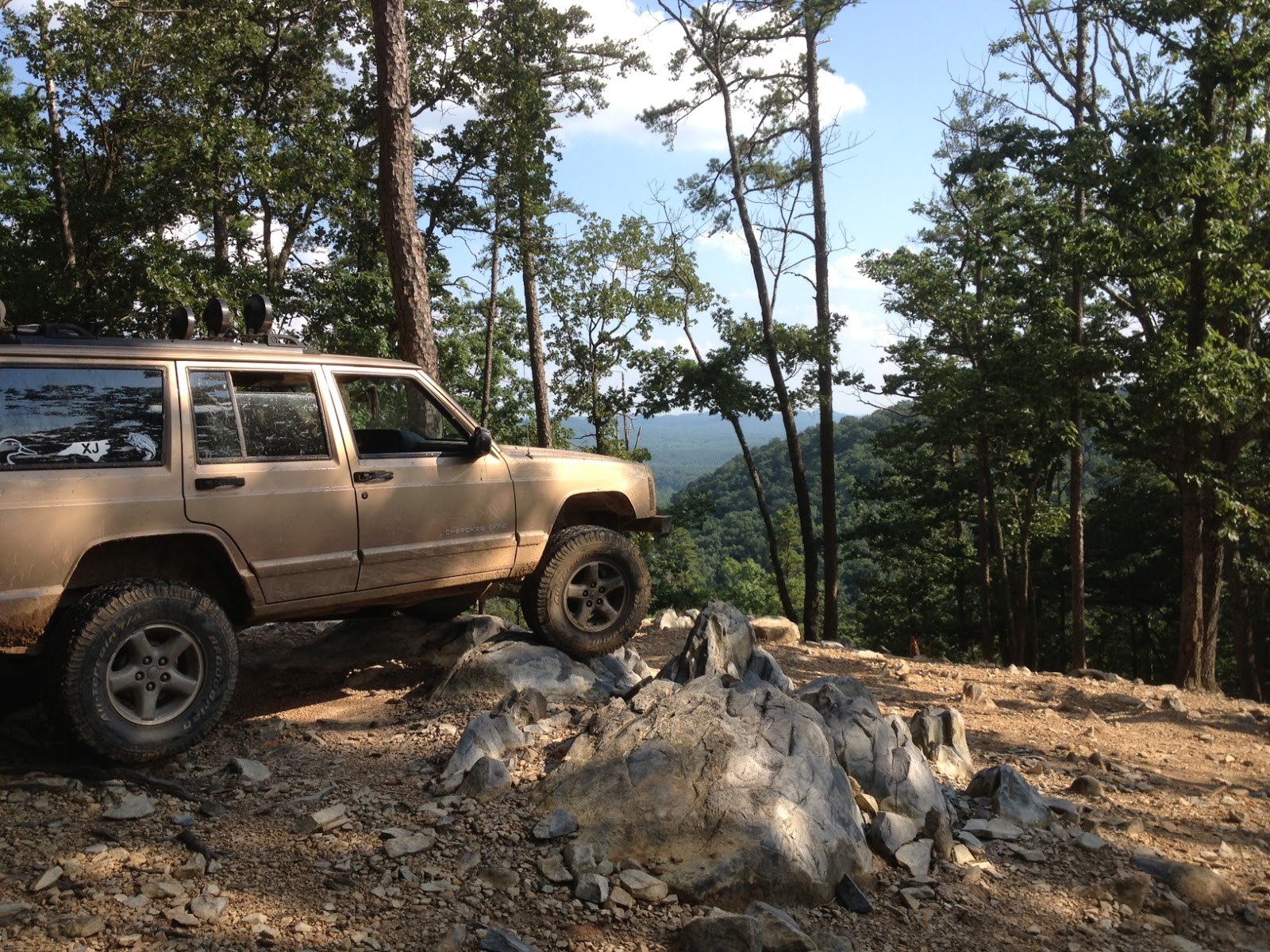 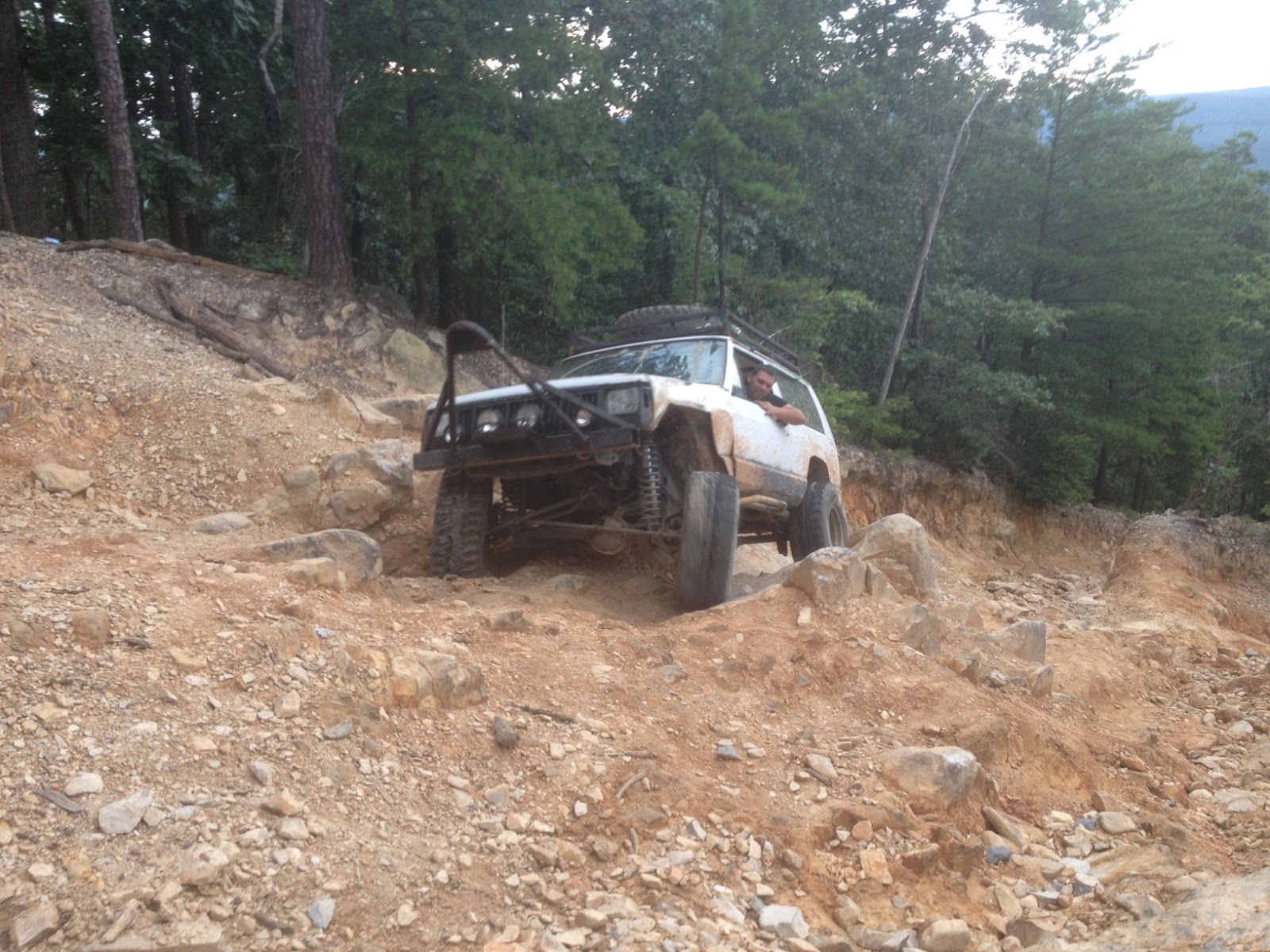 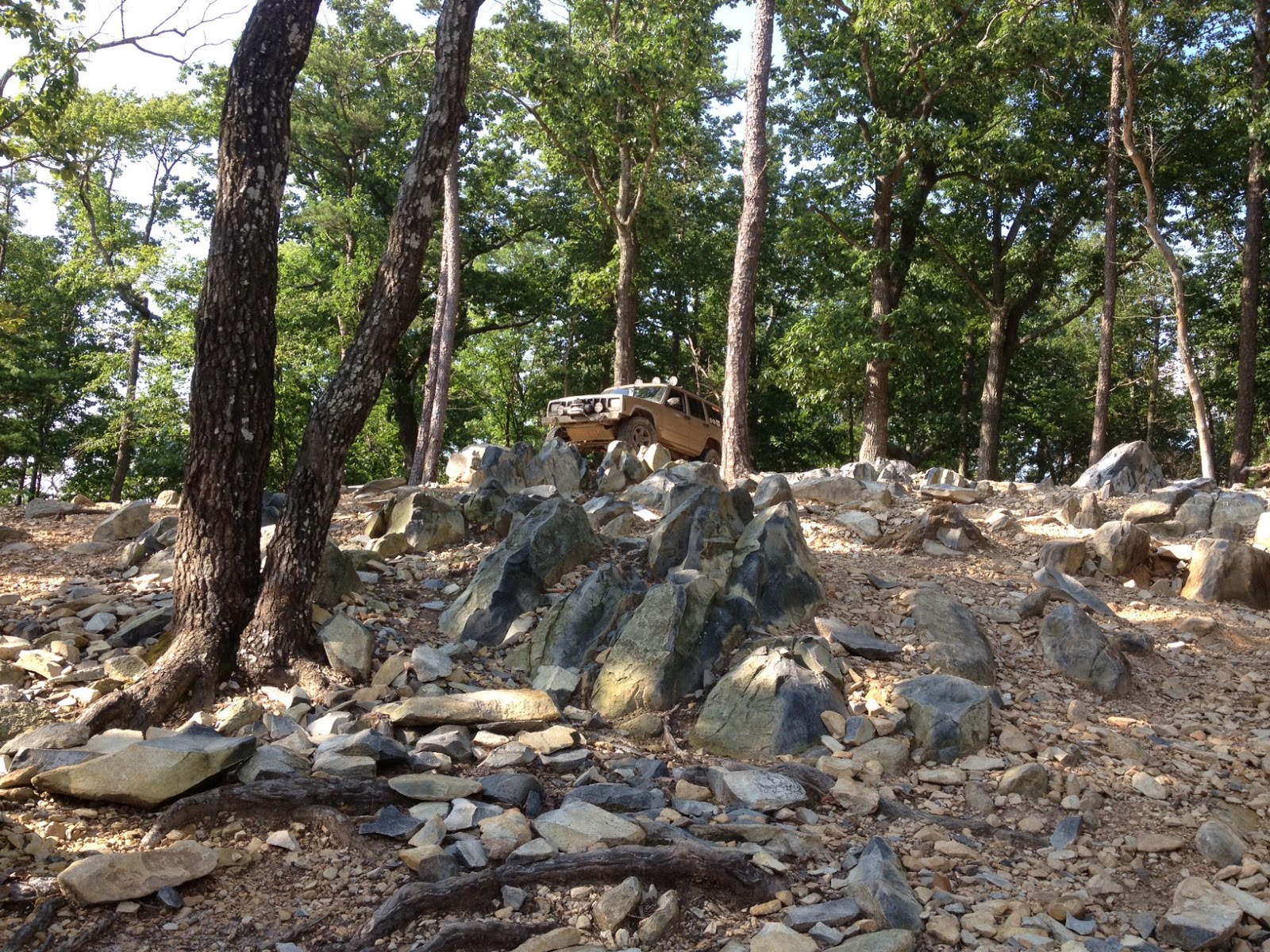 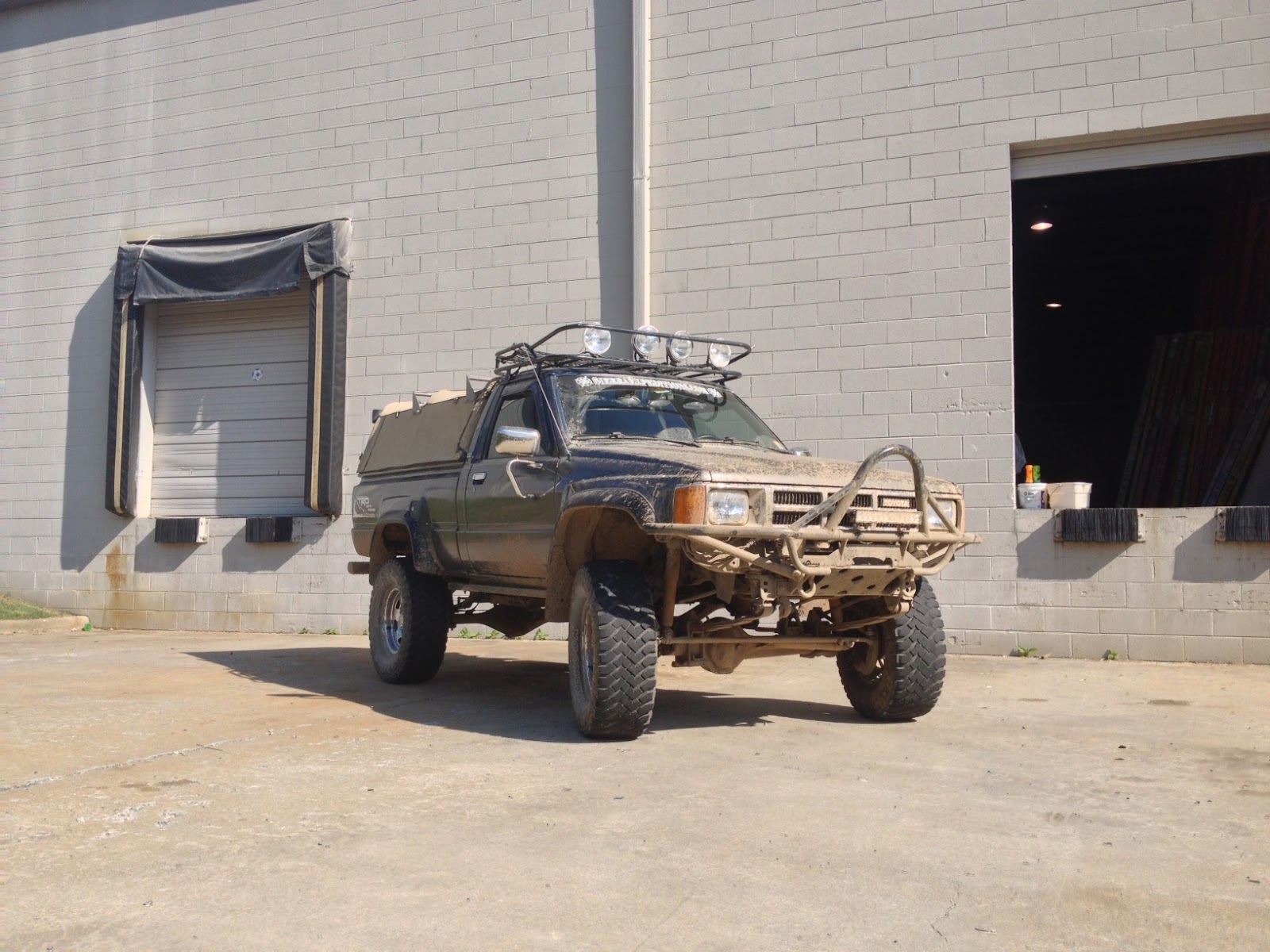 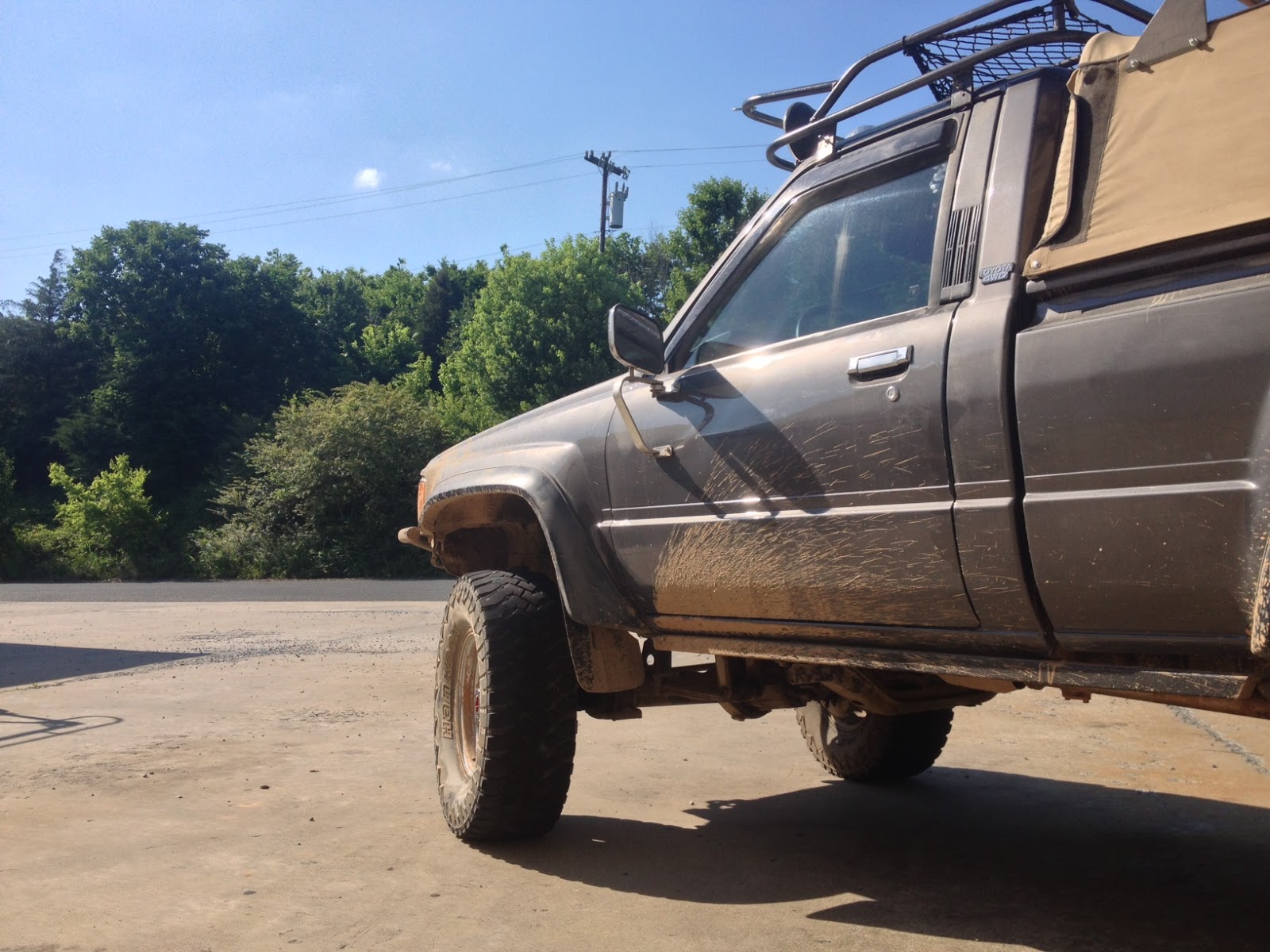 Posted by Unknown at 9:40 PM No comments: