Road trip down to Atlanta GA

Well its been a little while since Ive added an update. Thought the trip down to ATL was worth posting so here it is:

So in an effort to completely do a rebuild on my Jeep Cherokee, I began tearing it down, and manage to find a sweet exocage a regional club member was selling. Problem was, the exo cage was in Atlanta a whole 260 miles from my place in Charlotte, NC. At first I not going to pick it up but decided the trip might be a fun way to unwind a bit from all the hardwood flooring my friends and I had installed the previous weekend. Plus it gave me an opportunity to check out the Georgia Aquarium. So Monday morning my friend and I packed the truck, well rather unpacked it of the tools in the back and took the camper top off. We did pack a highlift, spare tire, some basic wrenches, and a sawzall incase we had to cut the cage to fit in the bed. We left right around 5AM and made our way down 85 towards Atlanta. Here's a picture of the yota about a quarter way to ATL at a local Chick-fil-a. Stopped for a bit of breakfast and to top off the tank. 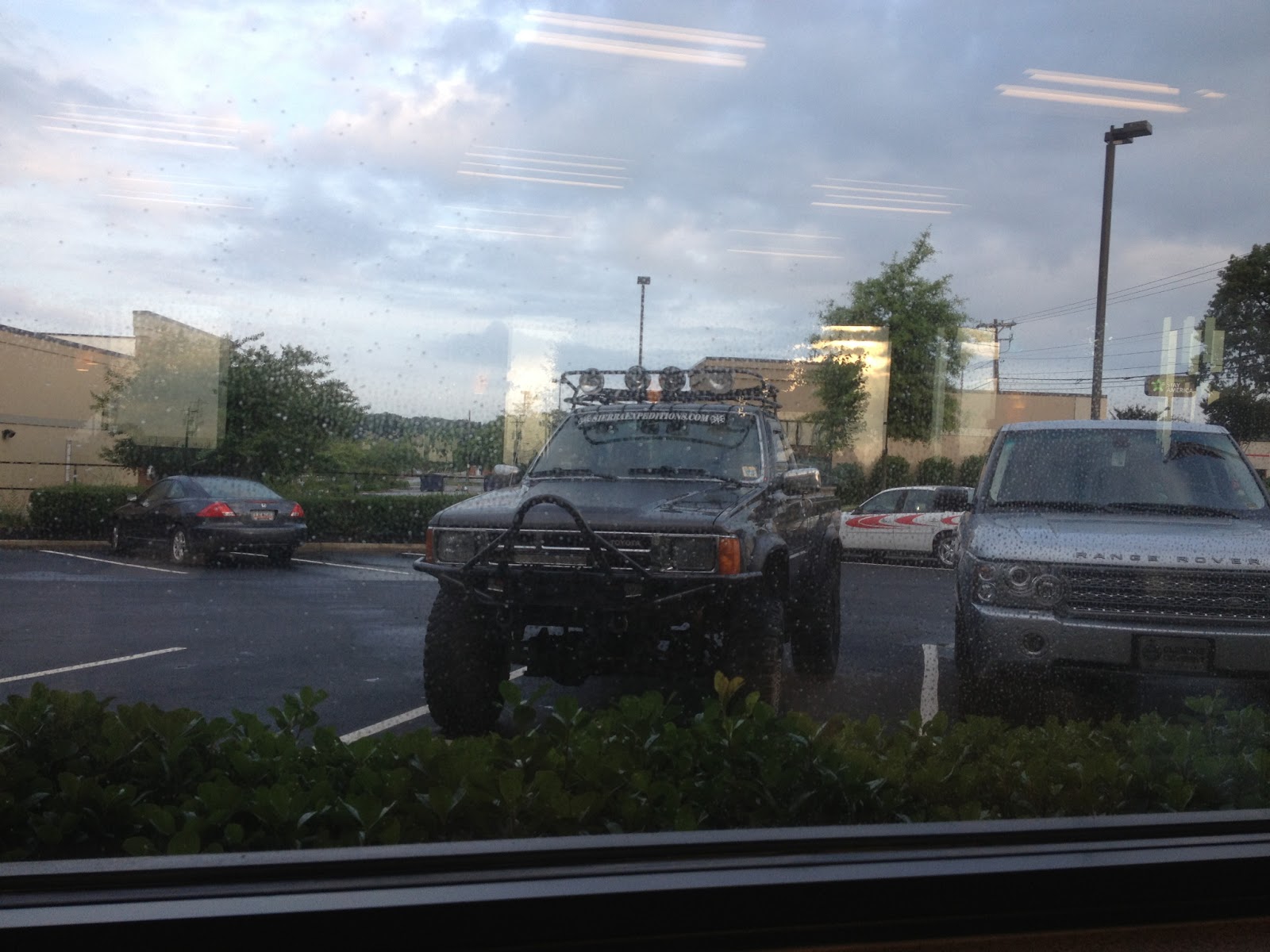 When we arrived in ATL we went to my buddy's place to pick up the exocage, which unfortunately did not get pics of. But it was a huge rollcage basically sticking out the bed of the pickup. Got some pretty funny looks driving down the road. Even had a cop ask me wtf that was. After picking up the cage strapping it down and locking it to the bed of the truck we drove over to the Georgia Aquarium which was pretty much in the heart of Atlanta. Needless to say we were quite skeptical about the toyota clearing the roof of the parking deck once arriving. Didn't exactly plan the whole thing out quite that well haha. Luckily the roof was tall enough, and we cleared it by a few inches. We did mess with the parking attendant a bit though. He asked us what the thing in the back of the bed was, and my buddy told him we were a couple porn producers and that was our bondage cage haha. Of course I explained later what it actually was, but the guy got a good laugh out of it. So here are some pictures of the aquarium, which if you guys haven't been, it is totally worth checking out if you are in the area. They have a huge exhibit with 4 whale sharks in a football stadium sized tank. Pretty marvelous if you ask me. 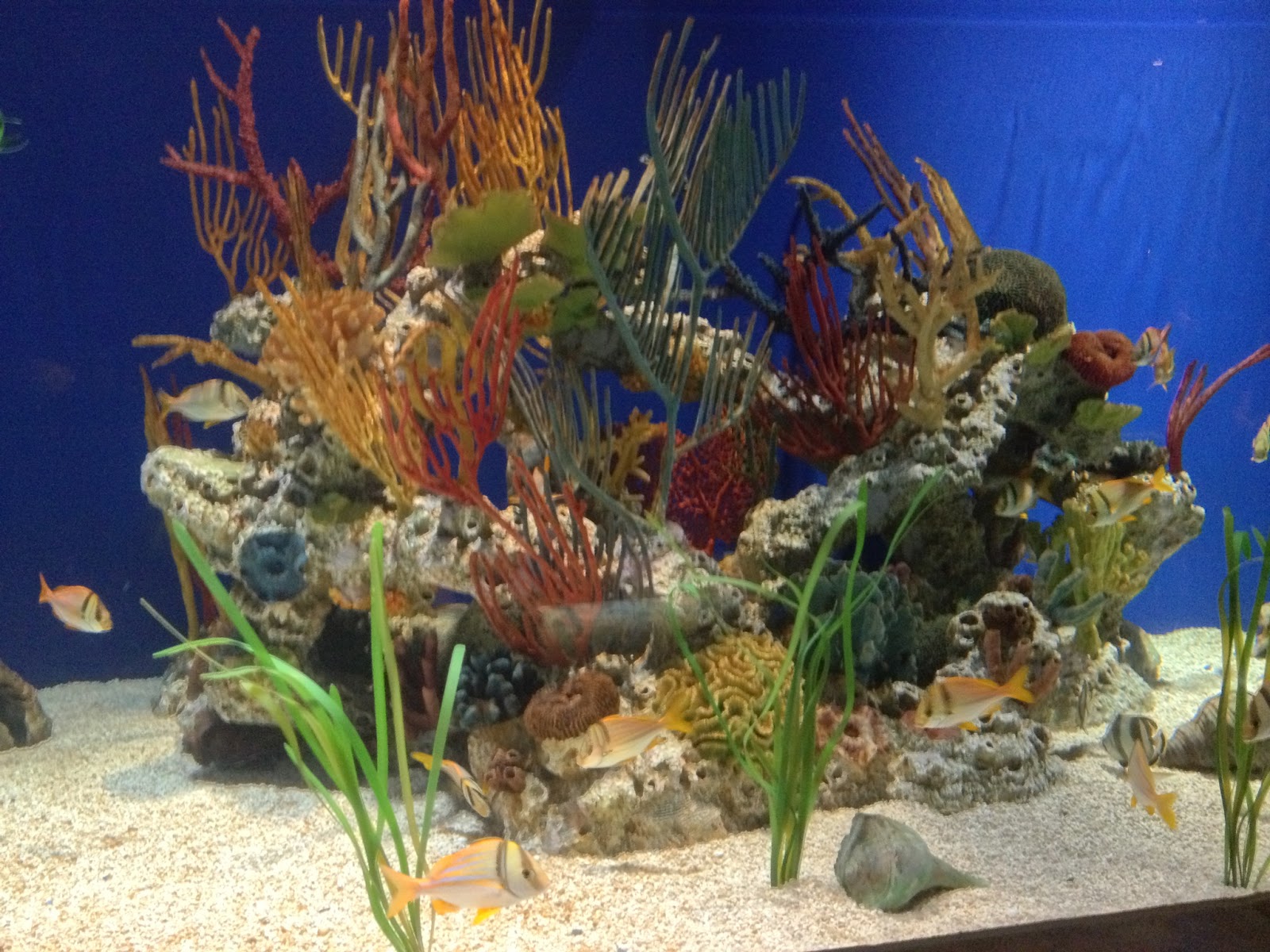 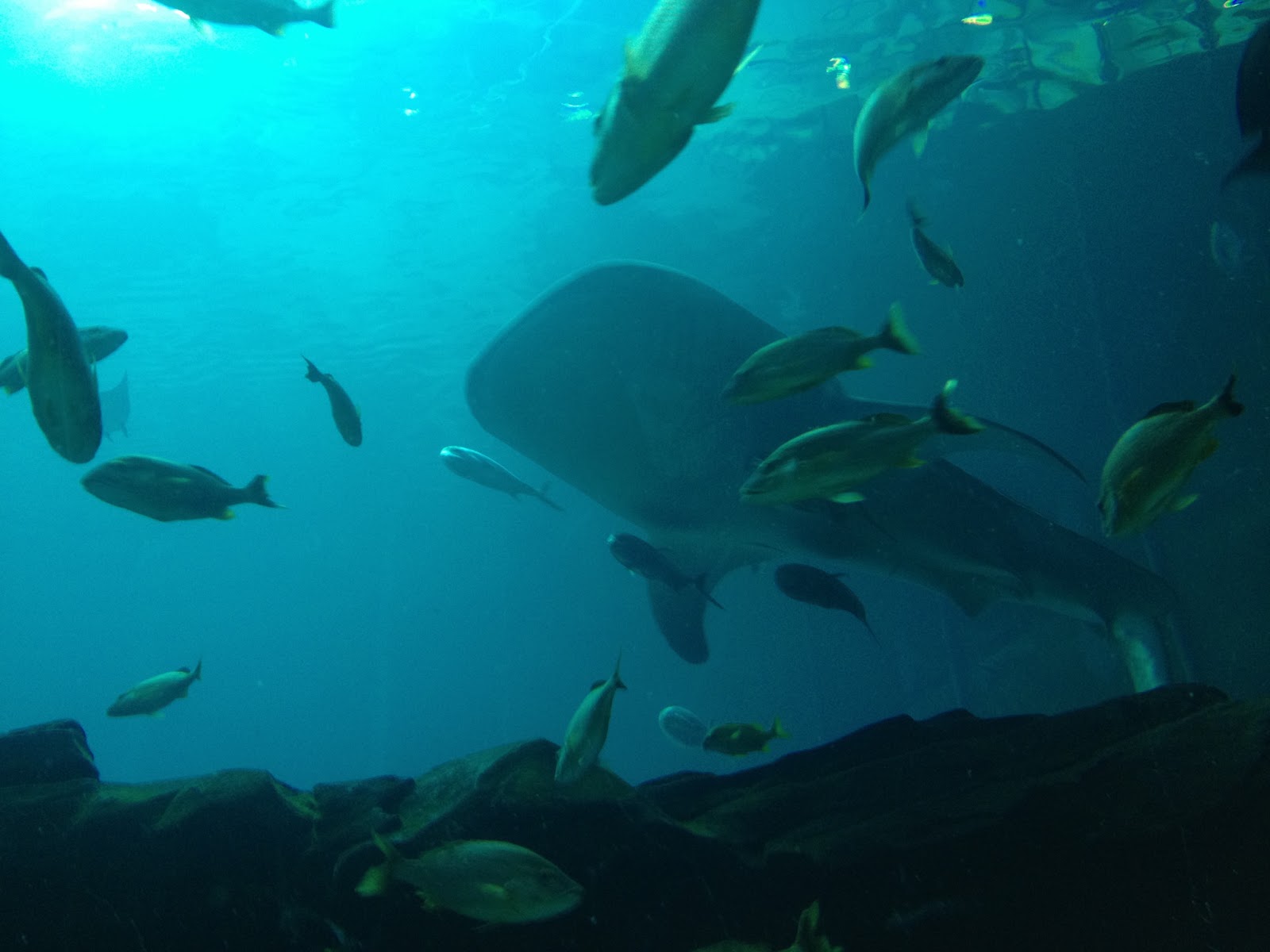 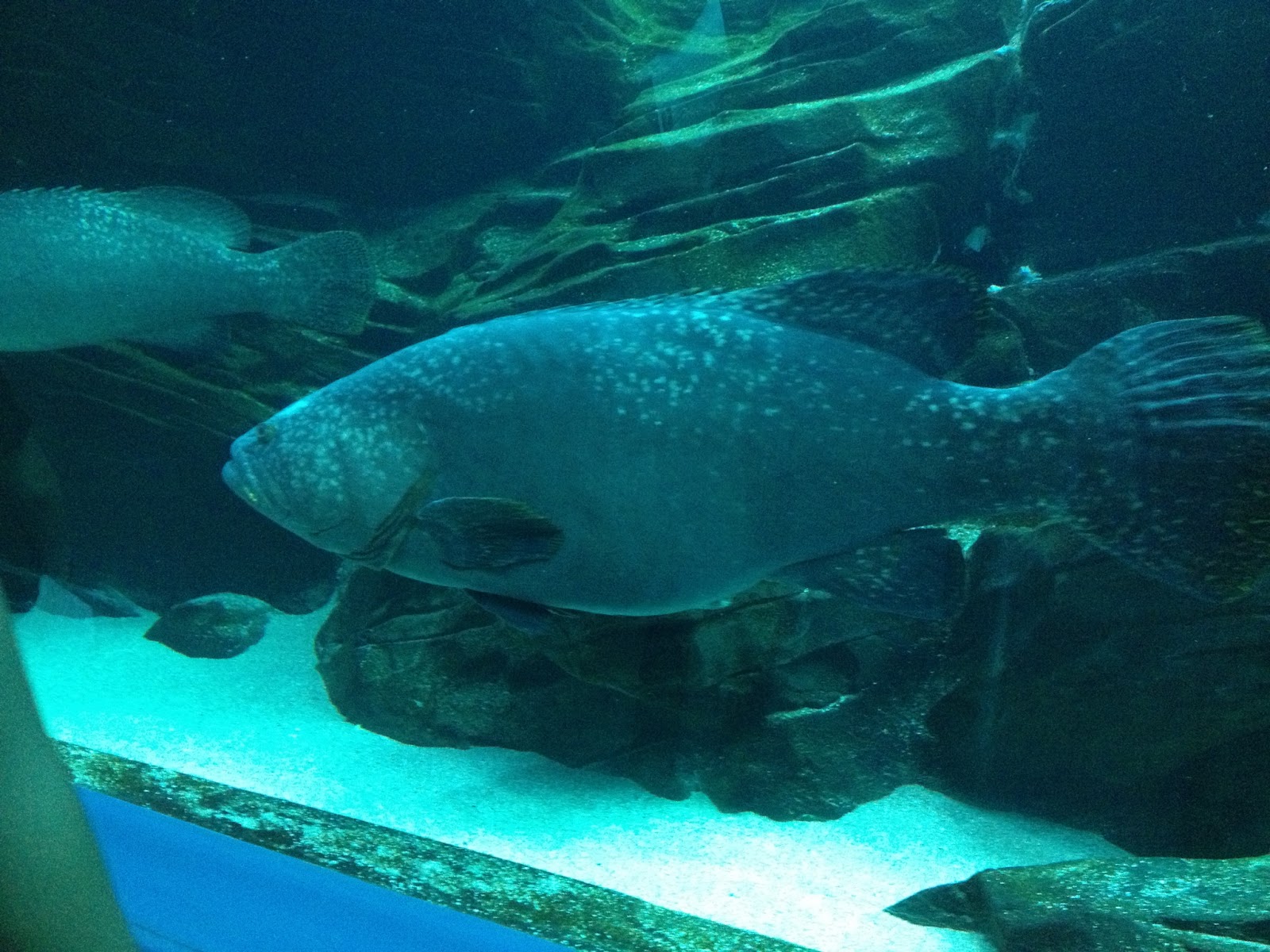 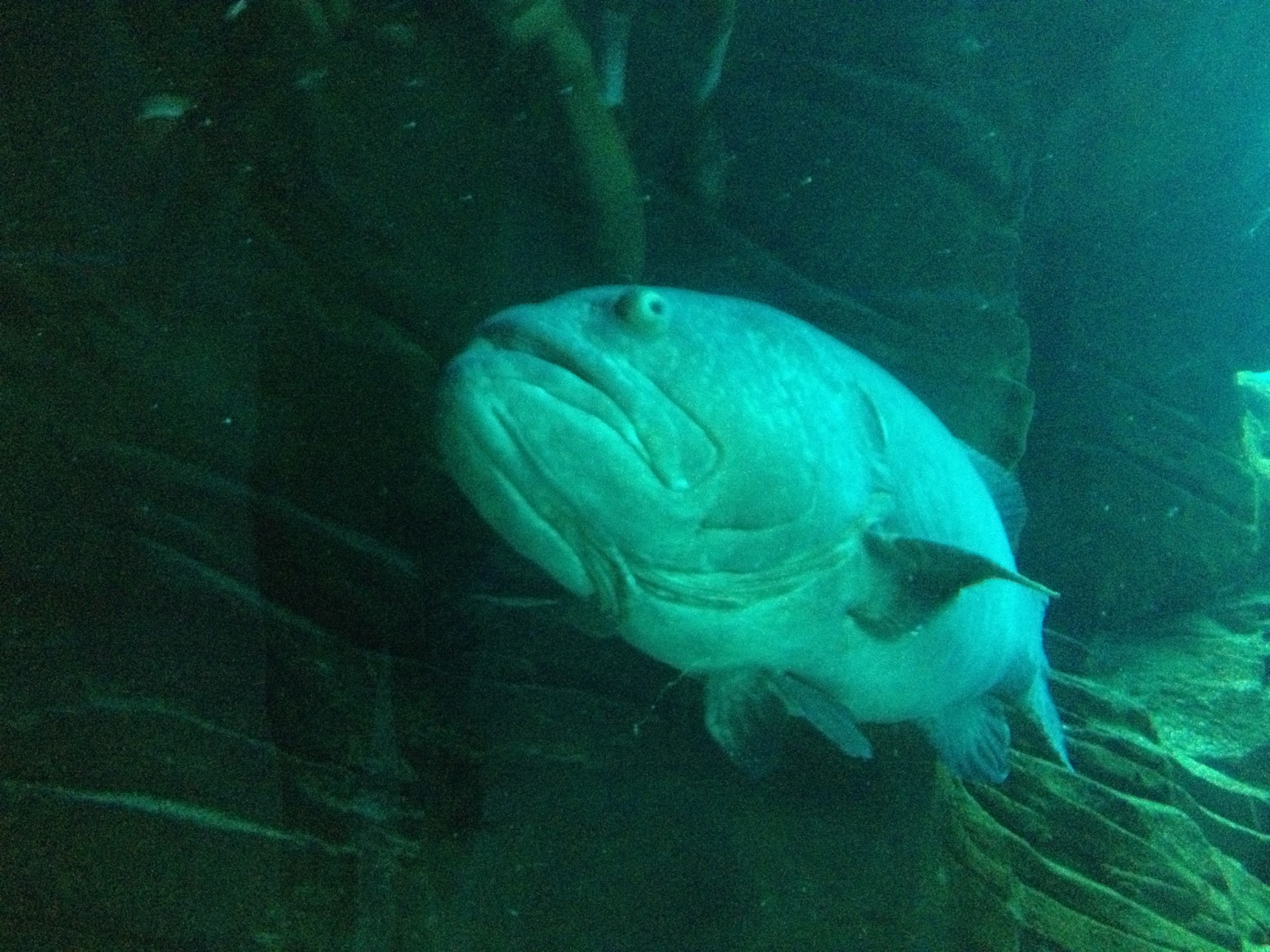 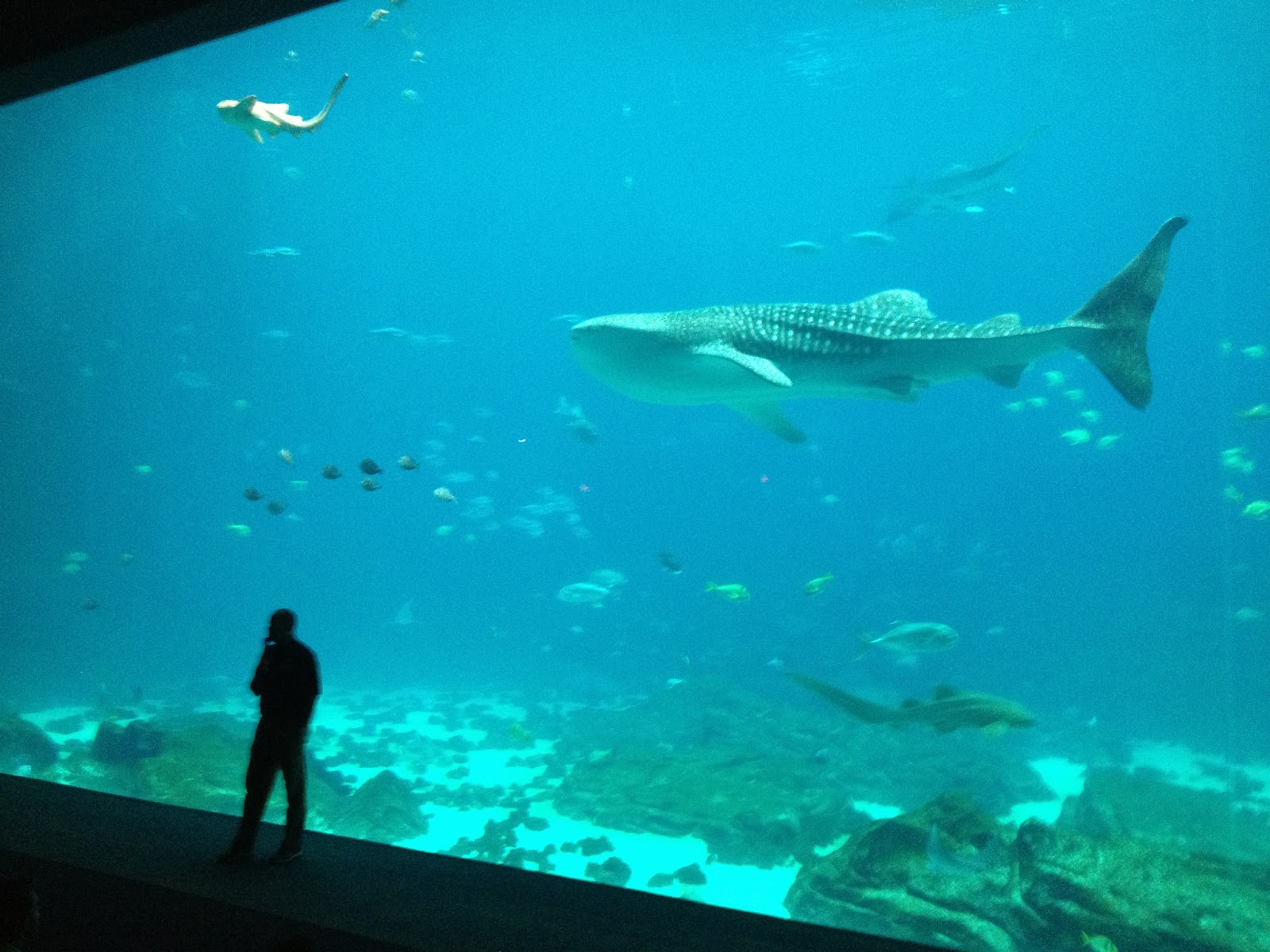 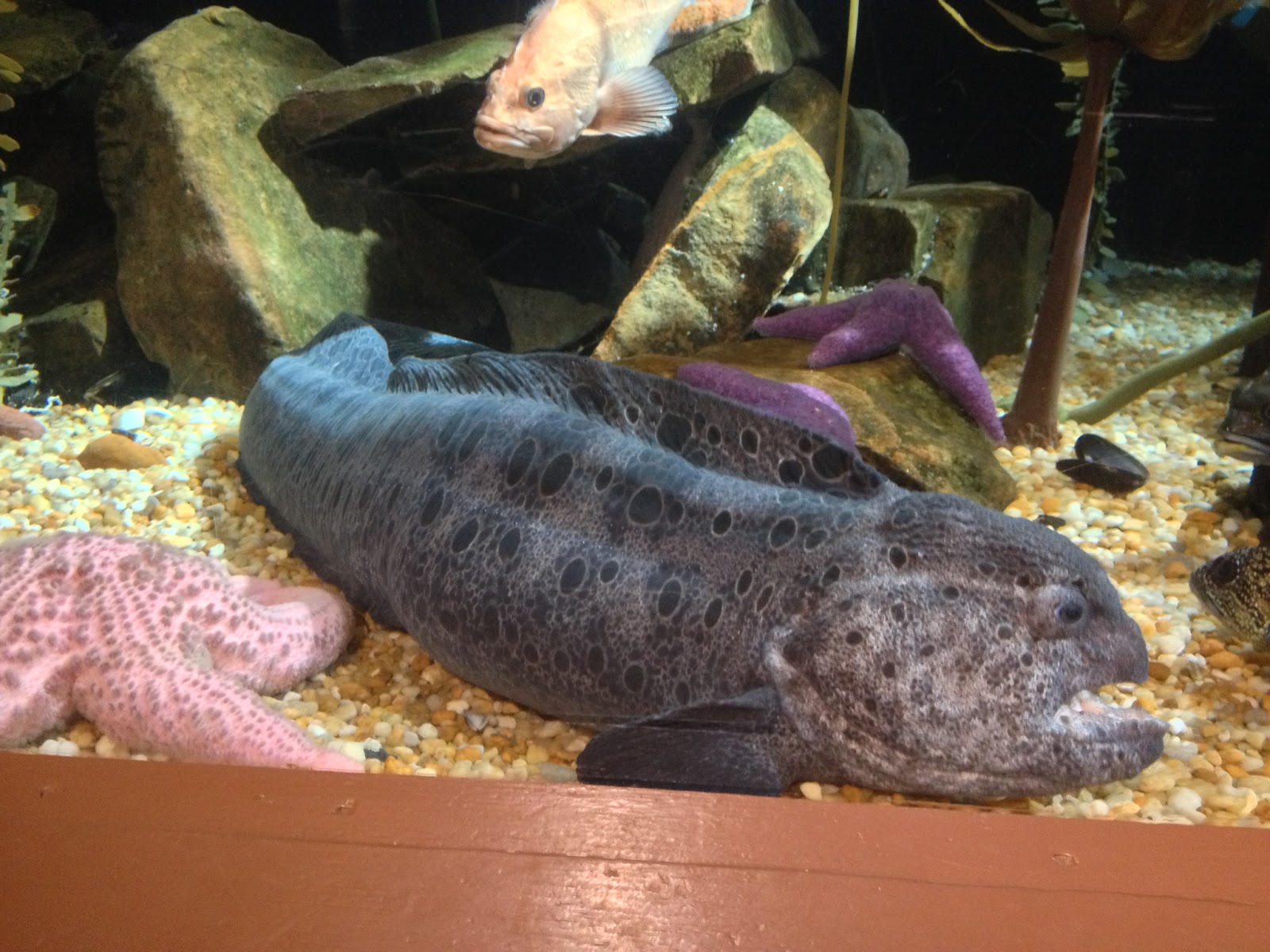 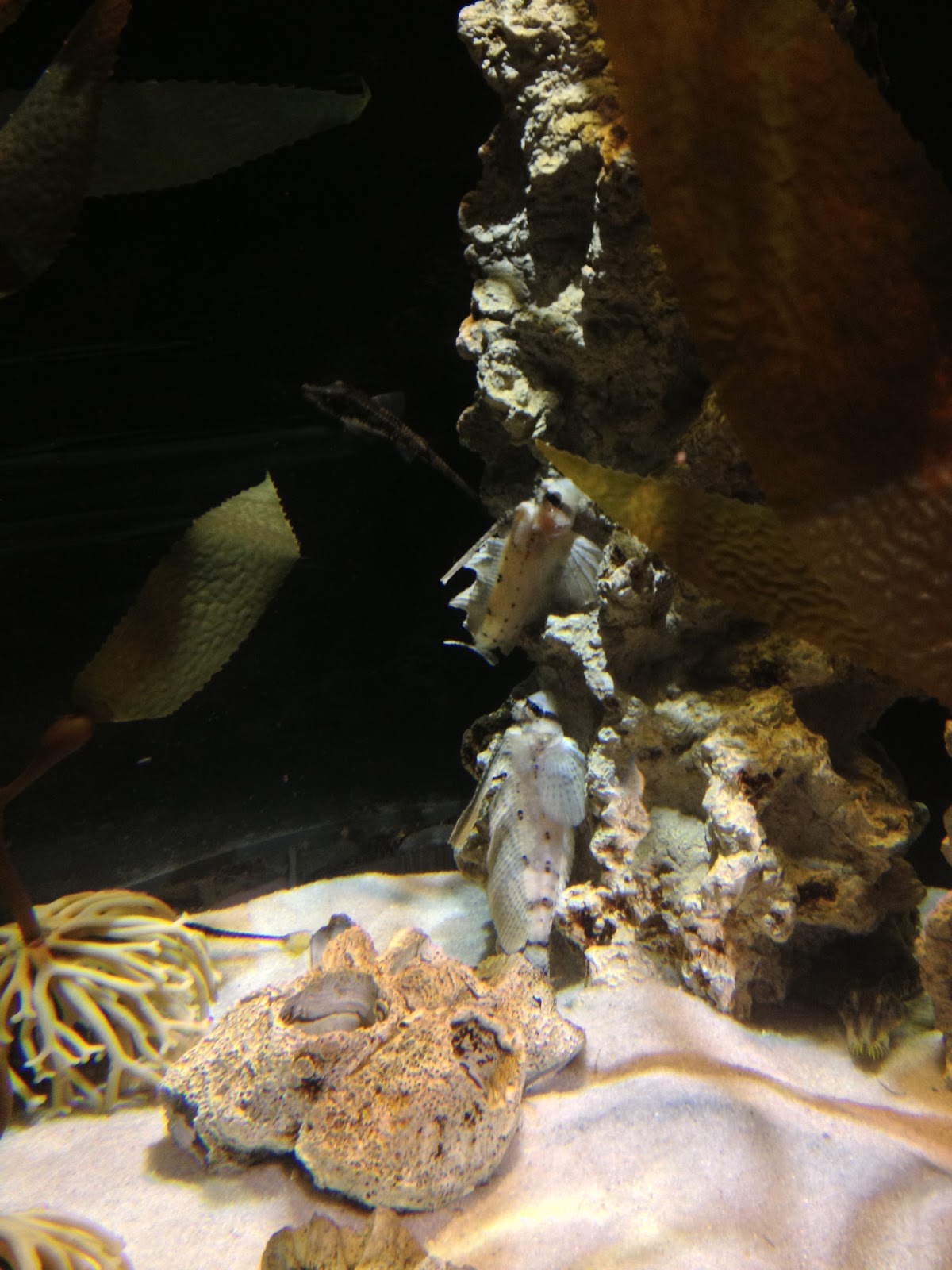 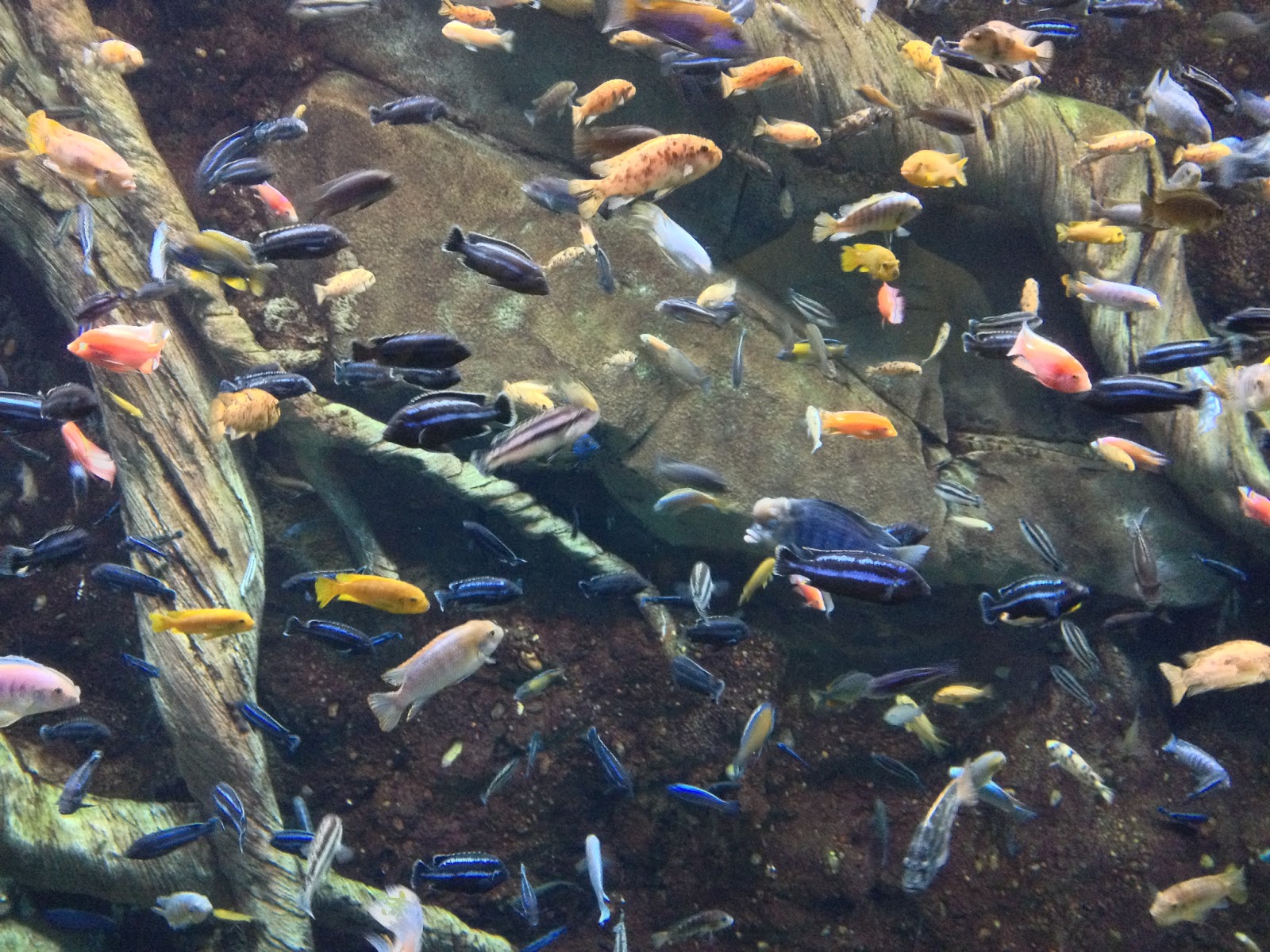 After the aquarium we stopped by a part of ATL known as China town and ate lunch there at an asian restaurant. Some of the best food I had on the cheap. Then it was time for us to leave before rush hour hit. And boy did we get out in time. the traffic already started piling up around 3. We saw a few interesting things on the way back so I snapped a couple more pictures and that was that. 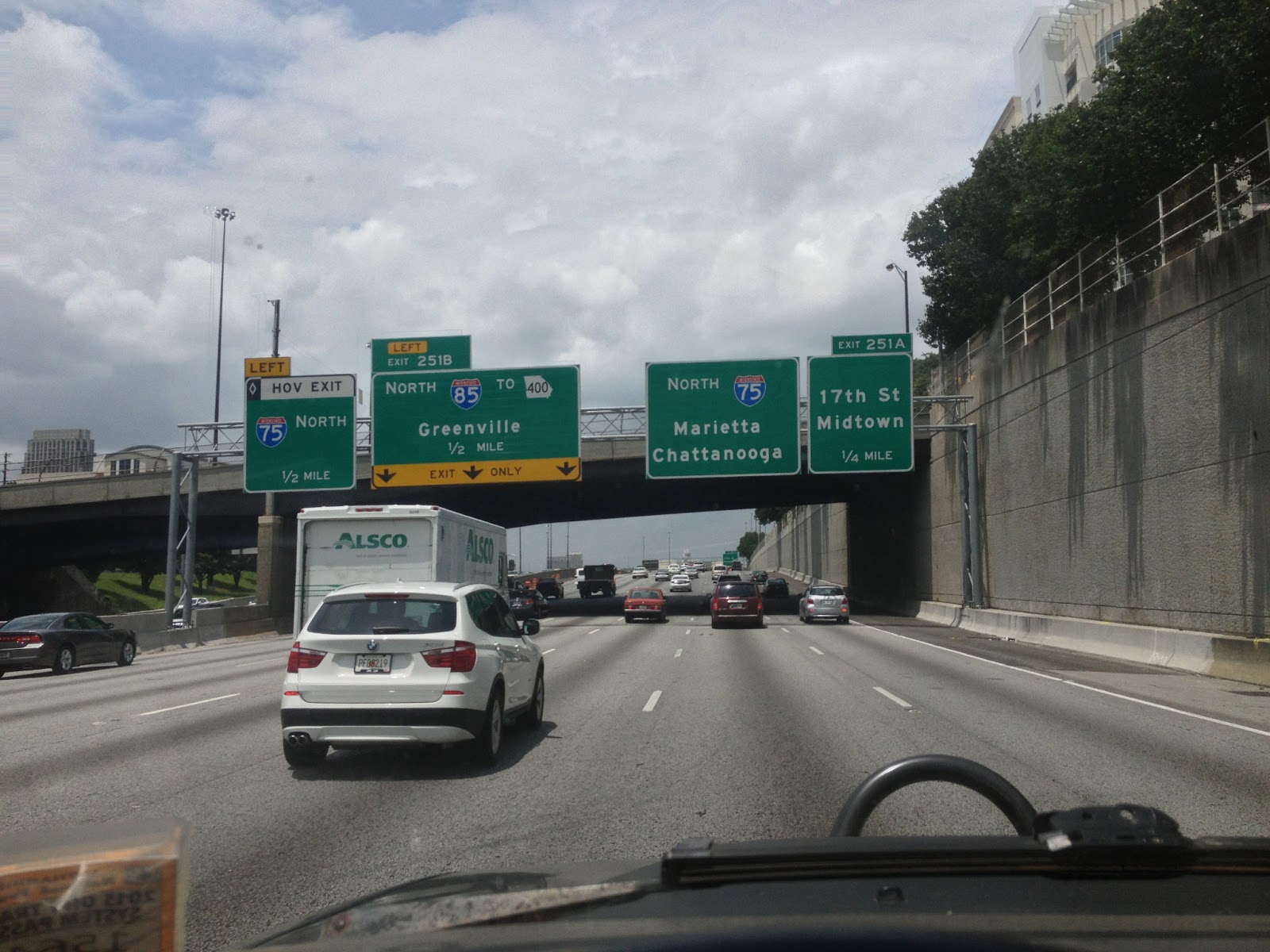 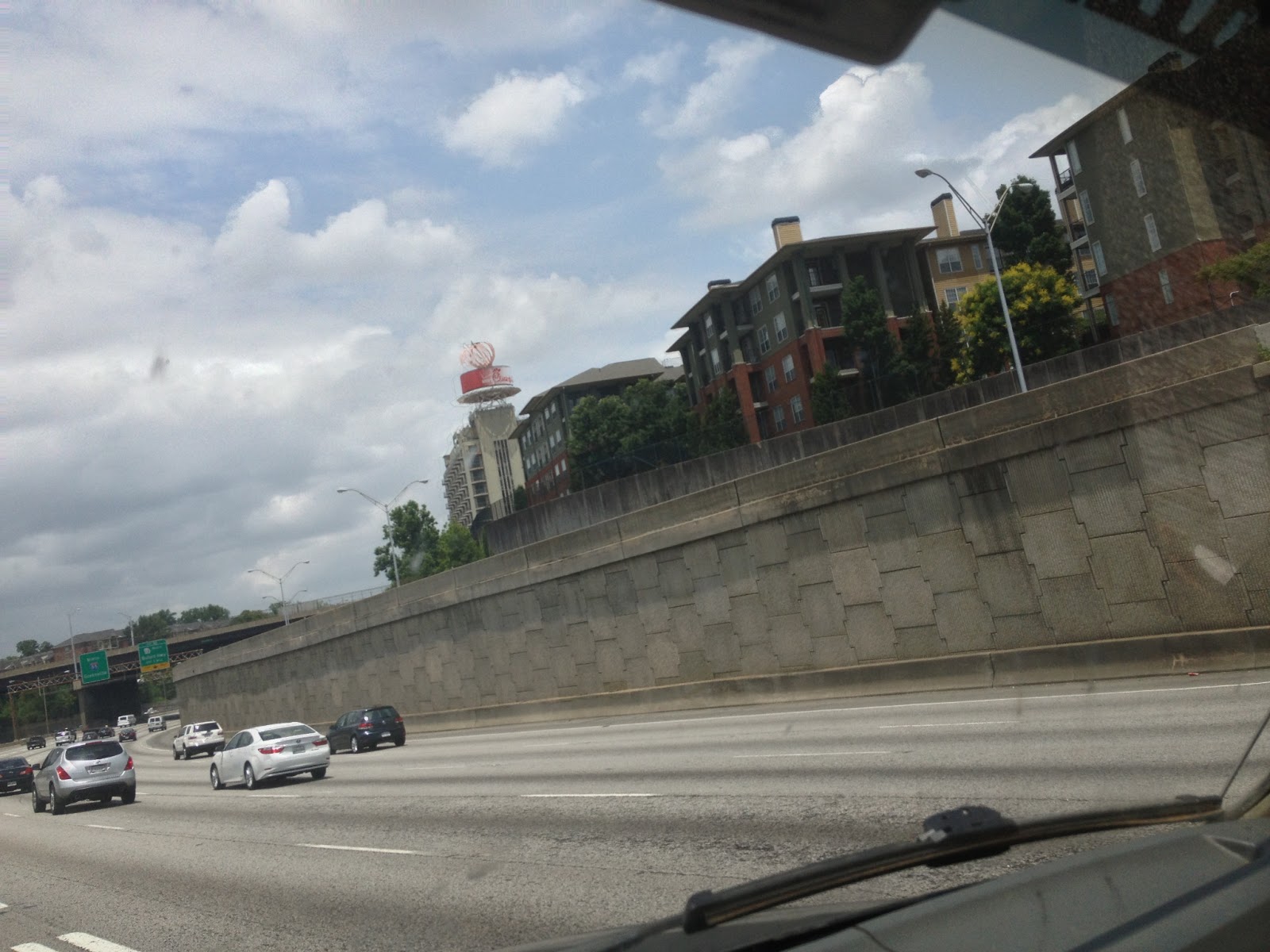 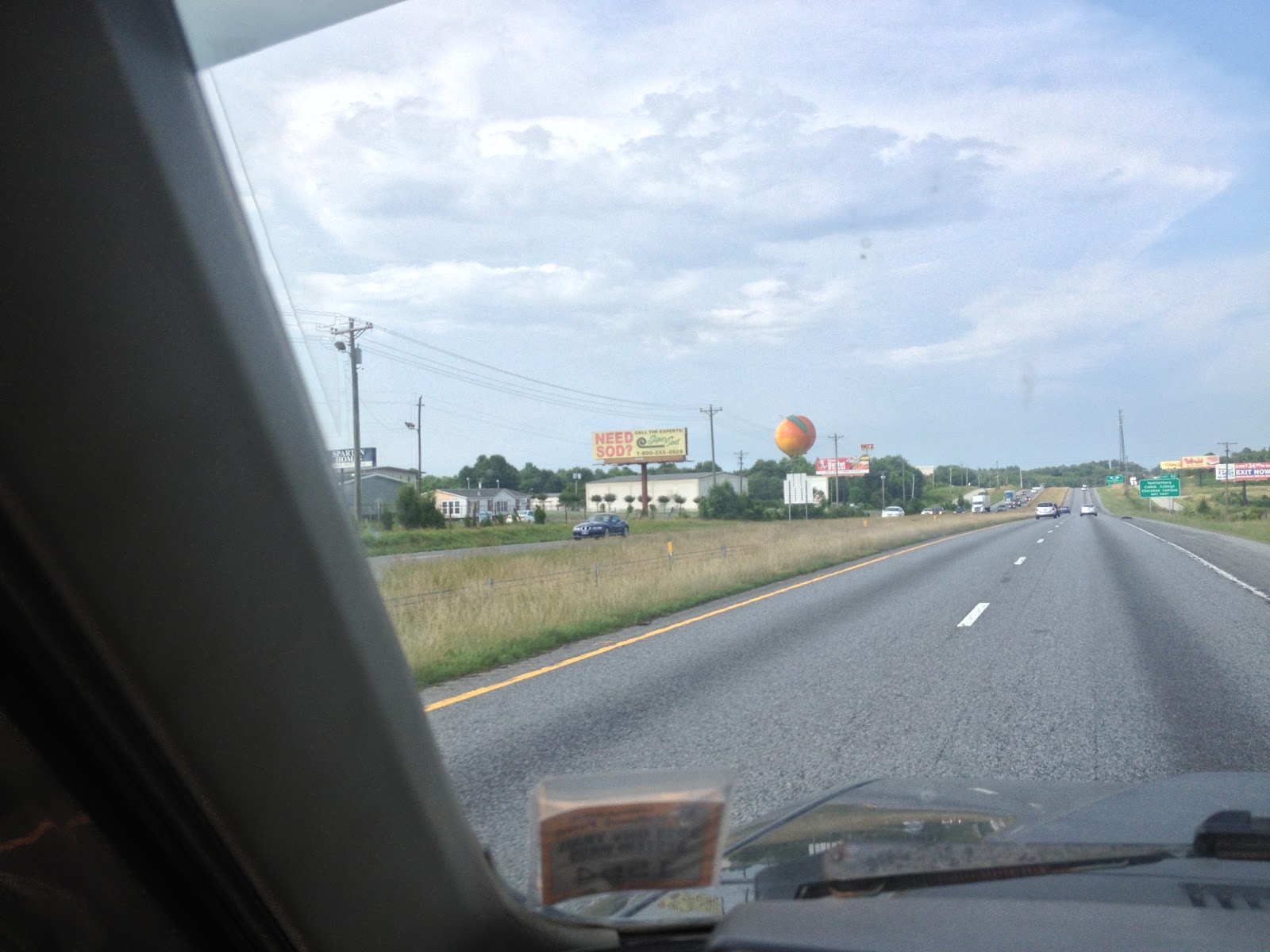 All in all it was a fun trip except for the 8 hours of driving that I did in a single day. The aquarium was amazing, and the food was good. As for the exocage ill post that in a separate jeep related posting another day. Cheers!

Yea I know its a late post now, but I figured better now than never. So the trip went as planned and I took my little Yota out to URE for the Memorial Day weekend ride. The crew and I woke up bright and Early Saturday morning to do a quick rundown of our checklist. Made sure we packed plenty of food, charcoal, camping gear, firewood, all the paraphernalia needed for a good camping trip, not to mention a rifle and shotgun for the range afterwards. After checking our gear, my buddy in his red Cherokee and I met up with another friend at a BP gas station and convoyed together all the way to the Eldorado Outpost located right beside Uwharrie NF. 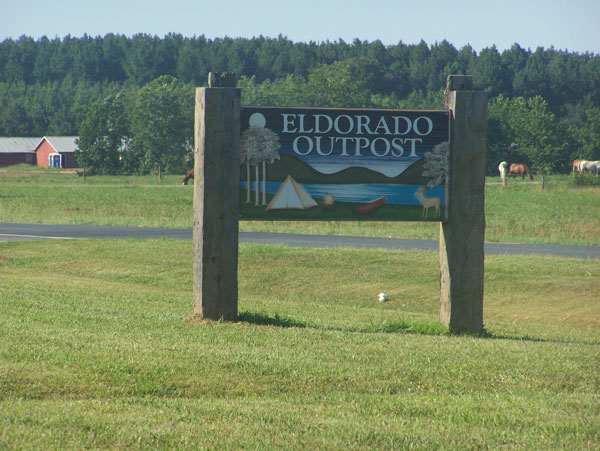 There we met up with some more friends who had already camped the night before. All in all we had a total of 4 Cherokees, 2 Xterras, and my lonely little Toyota :(. It was a fun relaxing weekend out there and my sleeping arrangements did not disappoint. I had a cot setup under my truck's canopy with a sleeping bag on top. Probably the best camping setup I ever had to date. 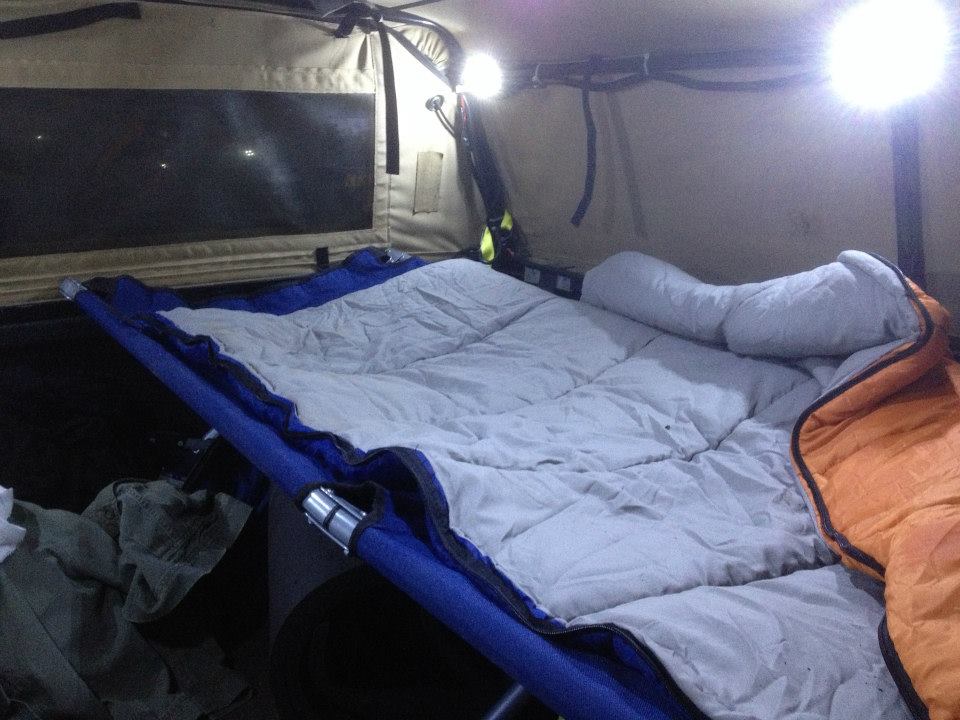 Now the rest of the pics are just from the wheeling trip taken at various points throughout the weekend. 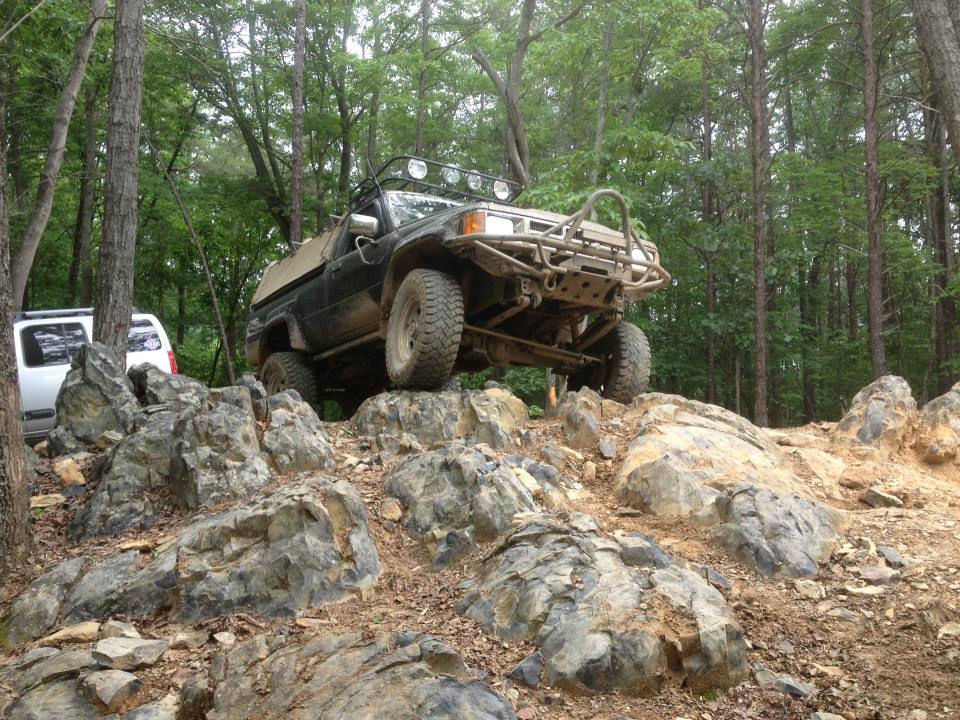 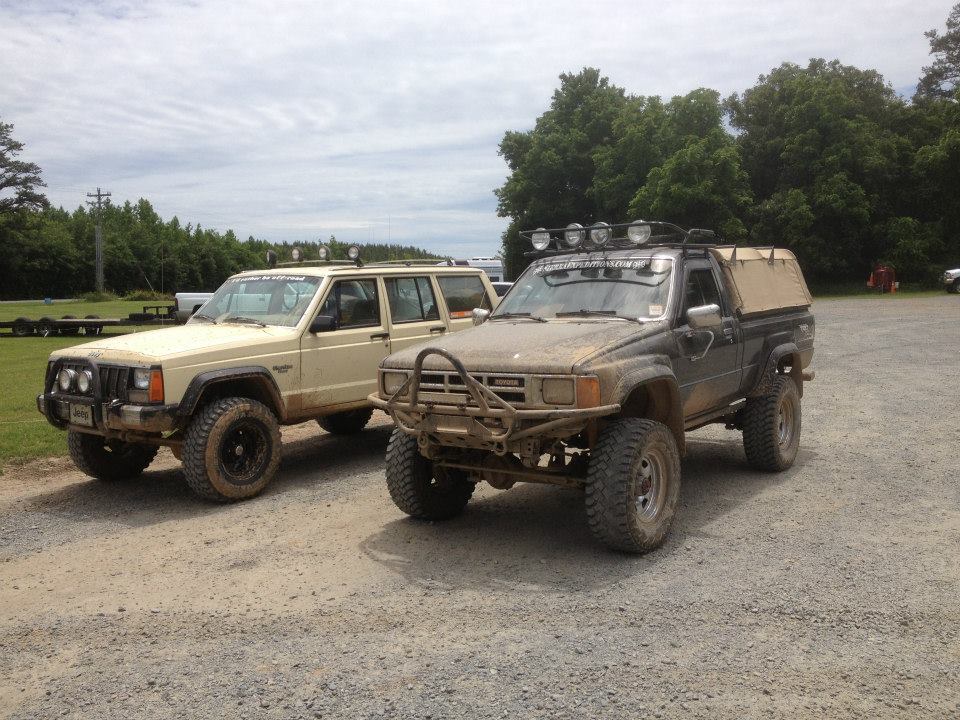 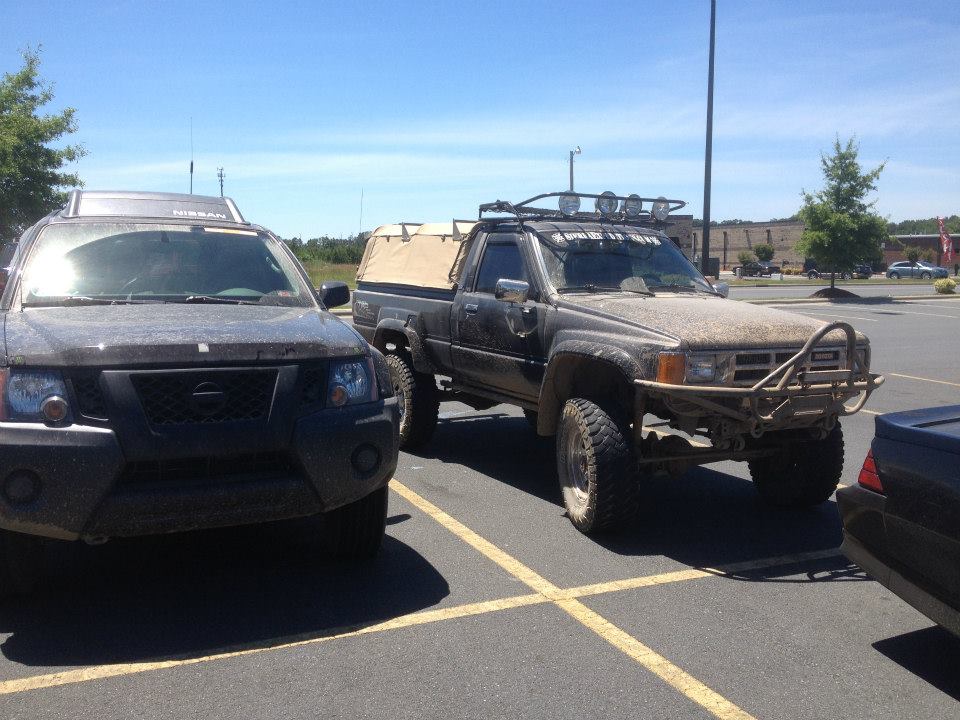 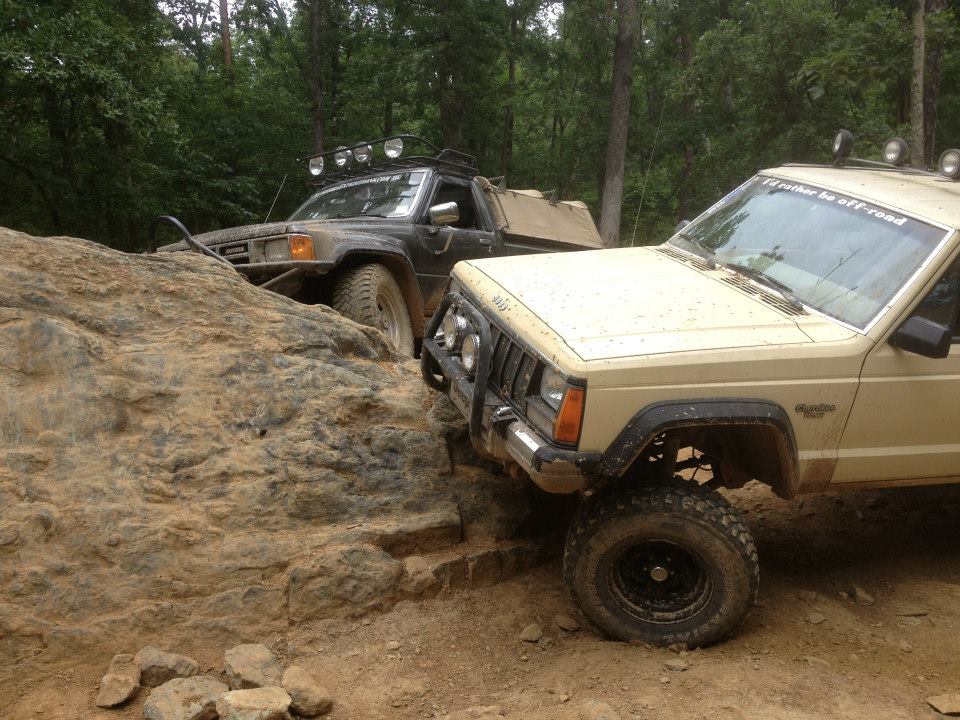 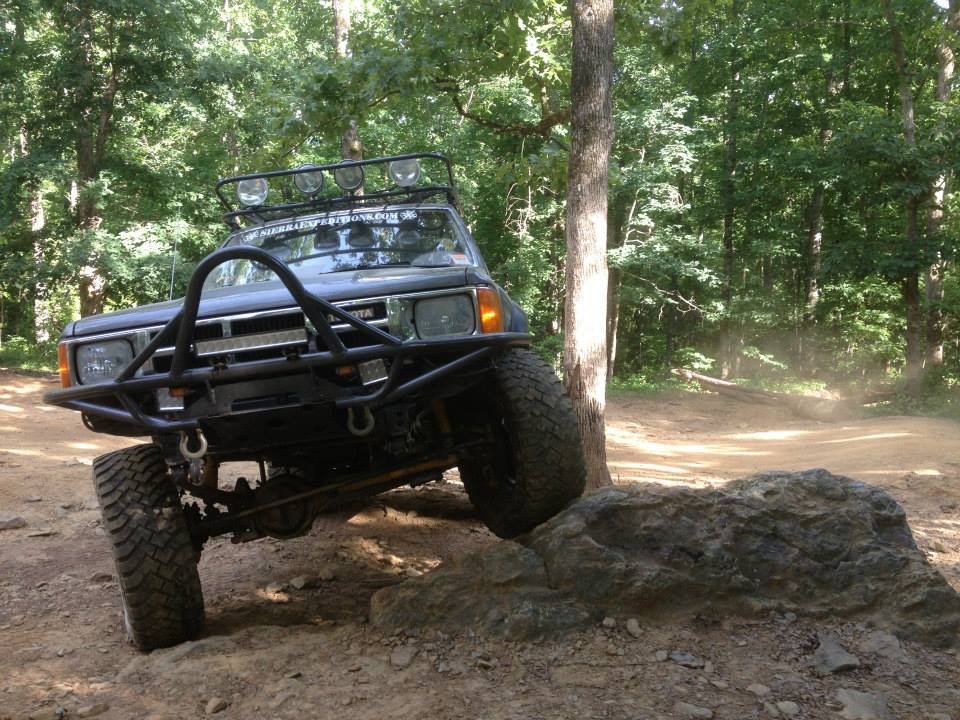 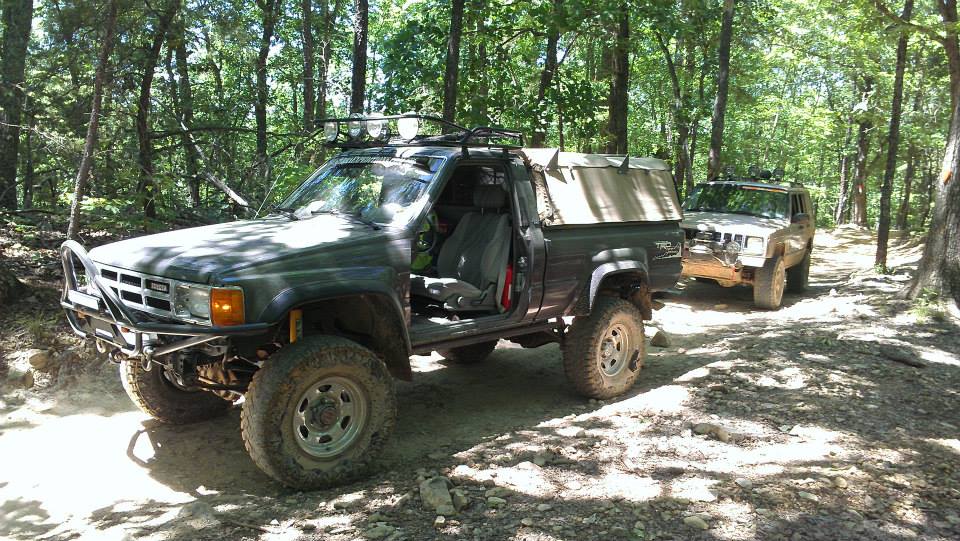 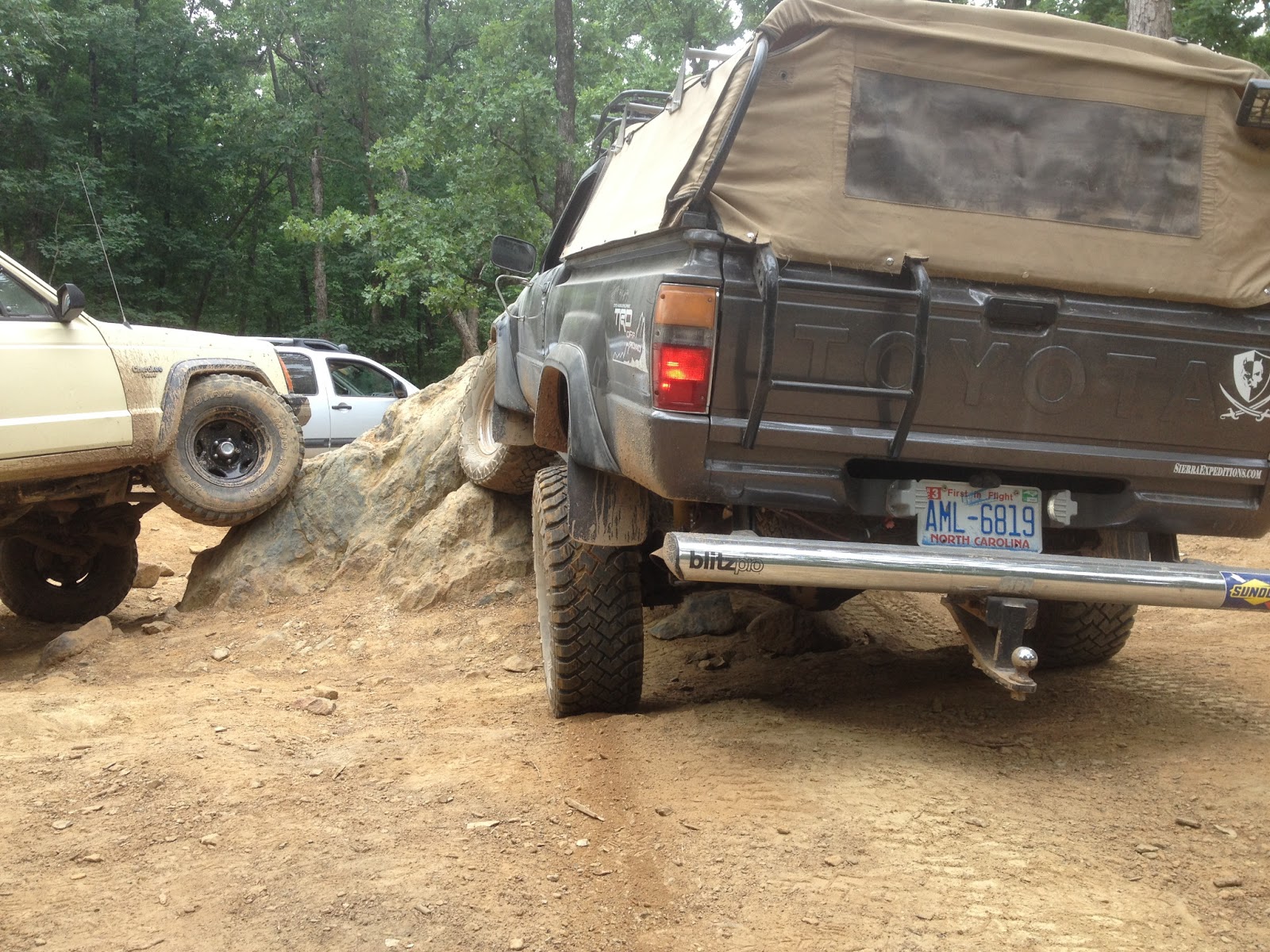 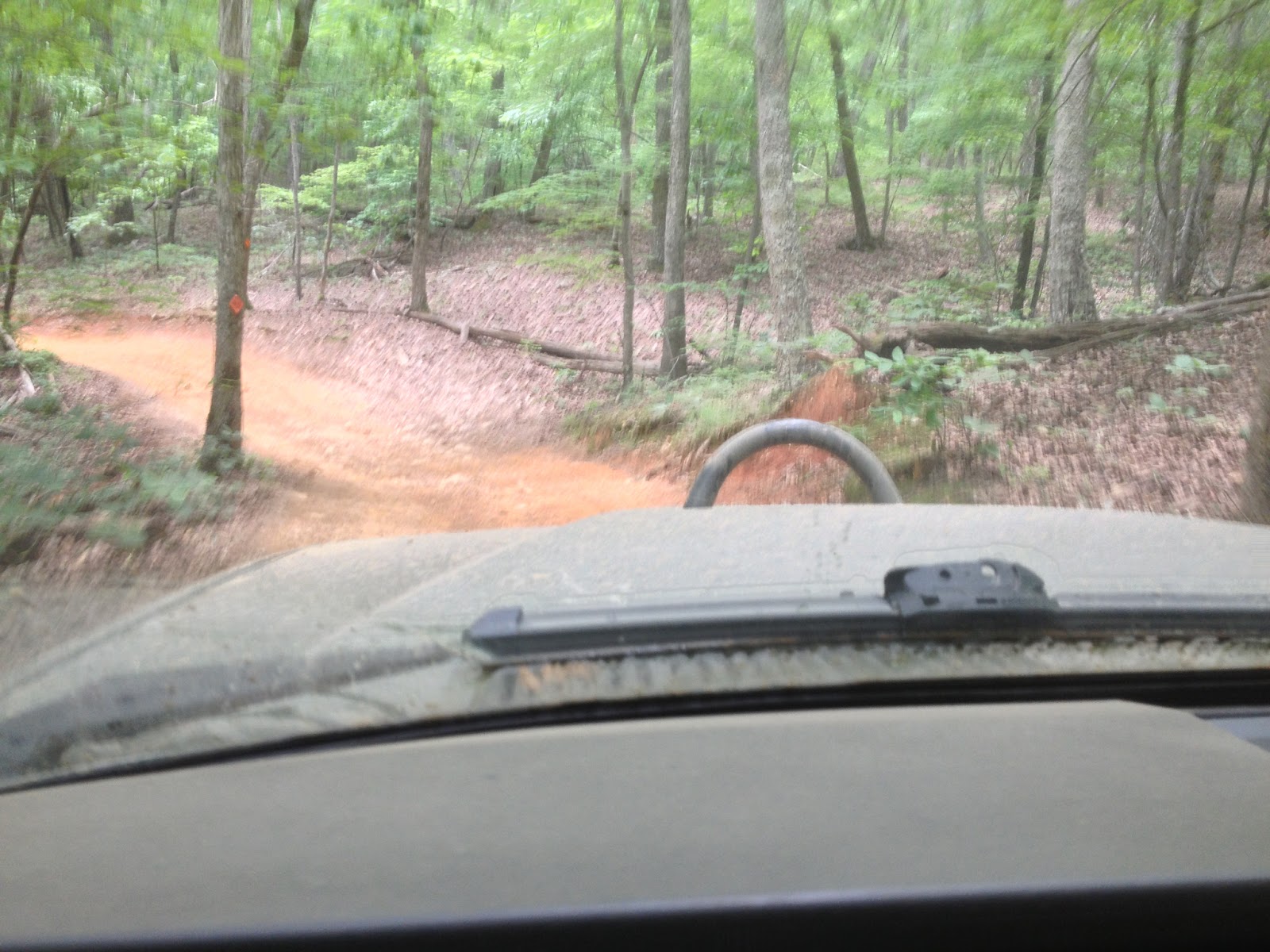 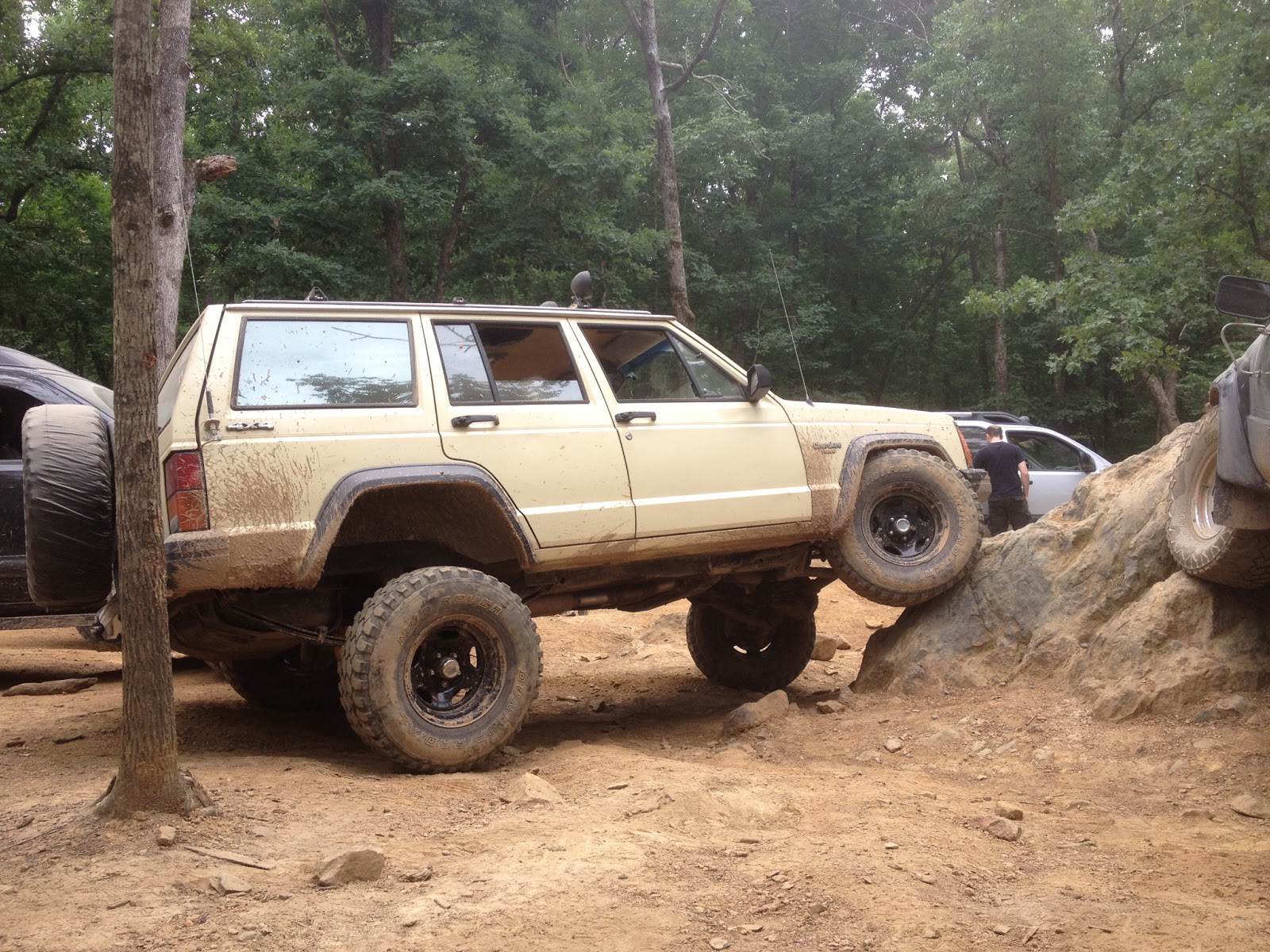 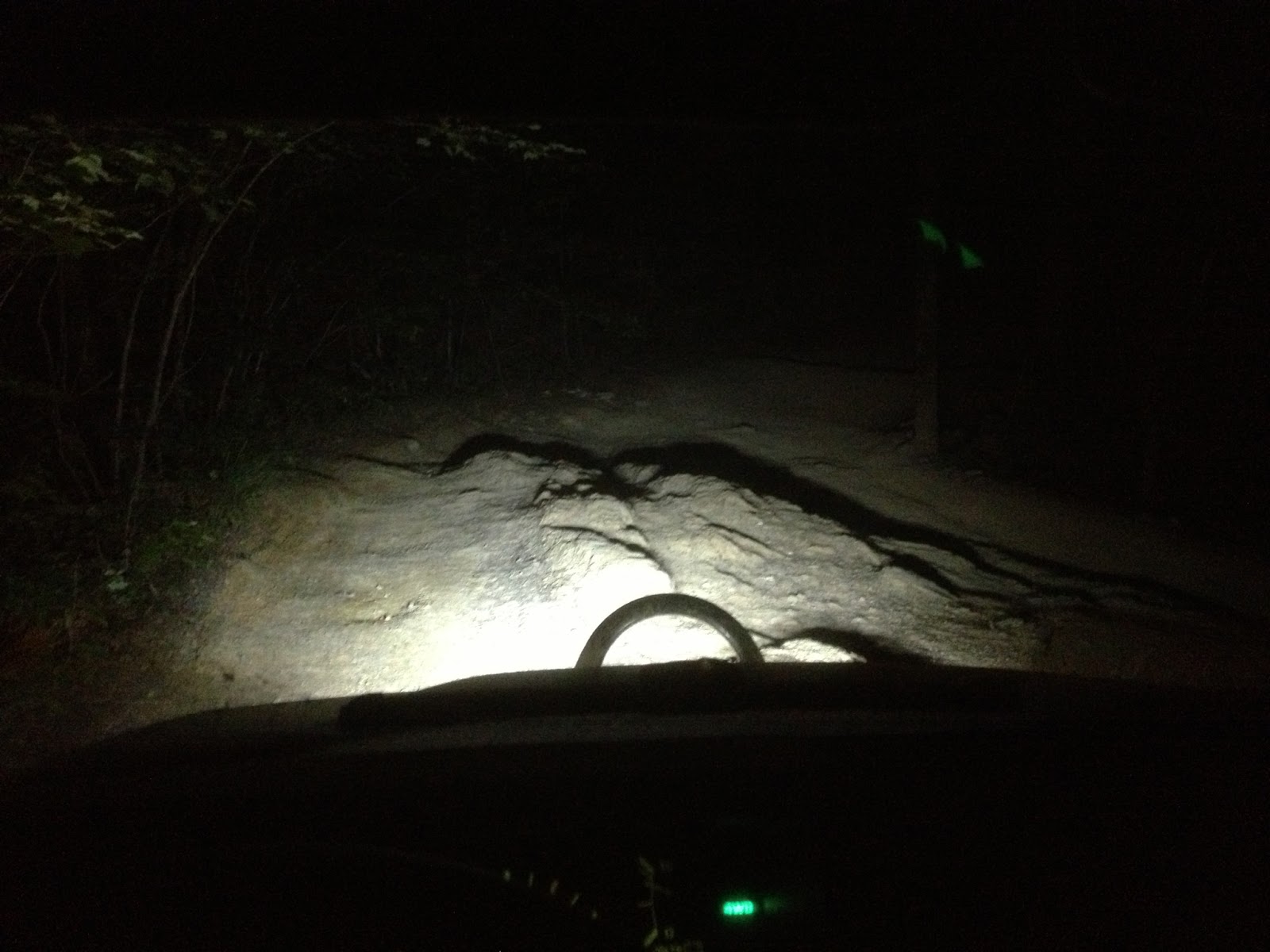 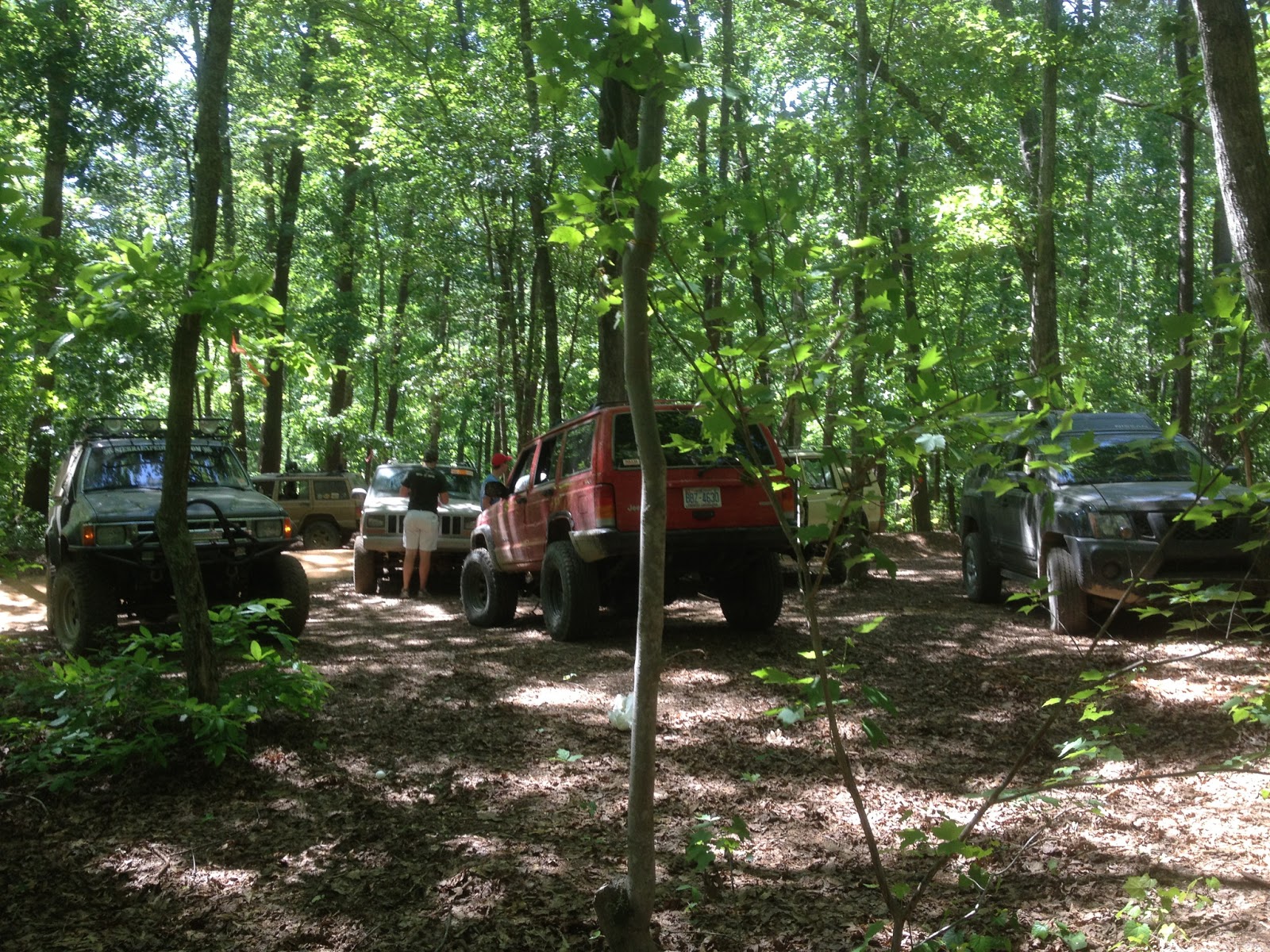 Posted by Unknown at 8:19 PM No comments: