The story of my Little Toyota Pickup

So here is a little overview of my current project and expedition rig, the 1984 Toyota Pickup. A little over a year ago I found myself once again shopping for a good vehicle that I could drive on a daily basis without it crapping out on me. I at the time owned my 1990 Jeep Cherokee which got horrible gas mileage and was nolonger what I considered a dependable daily driver and my only other vehicle a 1985 Firebird was nowhere near the stages of being streetable. So one of them had to go in favor of a more fuel efficient vehicle that I could drive on the 40 minute commute to school and 40 minute commute back. It was a hard decision letting one of my beloved vehicles go, but it came down to which one I had more money into and which one was well actually drivable, so the poor Firebird was put up on Craigslist and then sold the following week to a gentleman in Kannapolis. Now comes the real story, while browsing Craigslist trying to find a vehicle that met my criteria I had little to no luck finding something within my price range. Because of the cash for clunkers program good used cars were harder to find and the ones that were good, the owners wanted entirely way too much for something that had 300 thousand miles on. One such vehicle did catch my eye though, a 1984 Toyota Pickup in next to immaculate condition. The owner had restored the vehicle using all quality parts and this was reflected in the price tag at the top of the page of $9000. It had brand new everything, transmission had been rebuilt, engine was bored out and rebuilt using LCE parts, axles were regeared, the bed replaced with a brand new one, body panels were replaced, and the entire truck and chassis was repainted and reconditioned. The entire suspension and drive-train had been gone through and replaced. I looked the ad over several times and thought about calling the number but knew I couldn't afford anything close to $9000, my budget was a solid $4500 a whole half of what the guy was asking. So I promptly closed the browser and forgot about the truck. A week later on my way to campus still driving my loud gurgling Jeep I stopped by a friend's house to pick up a textbook he was lending me I saw the Toyota Pickup from the ad. It was sitting on the side of the man's house peering though a car cover. Seeing the owner outside washing his other truck, I decided to talk to him about the truck. To be completely honest I had no intentions of ever buying the truck that day, just wanted to know more about it that was all. Anyhow I talked to the owner who was a very friendly older gentleman telling him I had some interest in the truck but could not afford the truck outright on my own. Talking to him you could tell he was passionate about his trucks, I guess he too could tell I had a burning passion for Toyota trucks, and promptly asked if I wanted to take the truck for a test spin. I declined saying I couldn't afford the truck, nor knew how to drive stick. He insisted that I atleast allow him to give me a drive in it so I did. Upon getting back to the house he asked how much I was looking at spending on a truck to which I said $4500 explaining that it was all I had being a college student and after selling my Firebird. He looked me dead in the eye and said if I wanted he would sell me the truck for $4500 that day, but I had to promise to take care of it. So that is the story of how I acquired the truck.


Originally my truck started life out rolling off the assembly line in Japan and then imported to the United States where it was sold at a dealership in Raleigh North Carolina. It was a pretty basic SR5 model 4WD Toyota Pickup with bucket seats. It came with manual crank windows, a full glass in the rear, manual hubs and a limited slip rearend.

The following are pics on the day of purchase, yes the tires were tiny but that wasn't a huge deal. 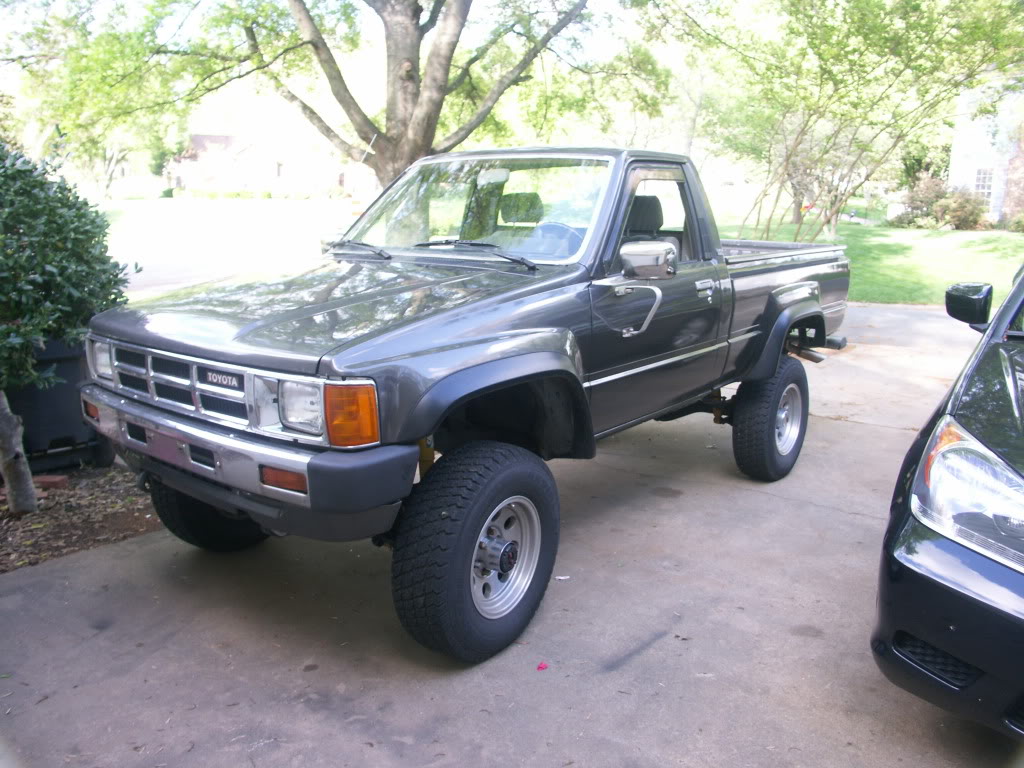 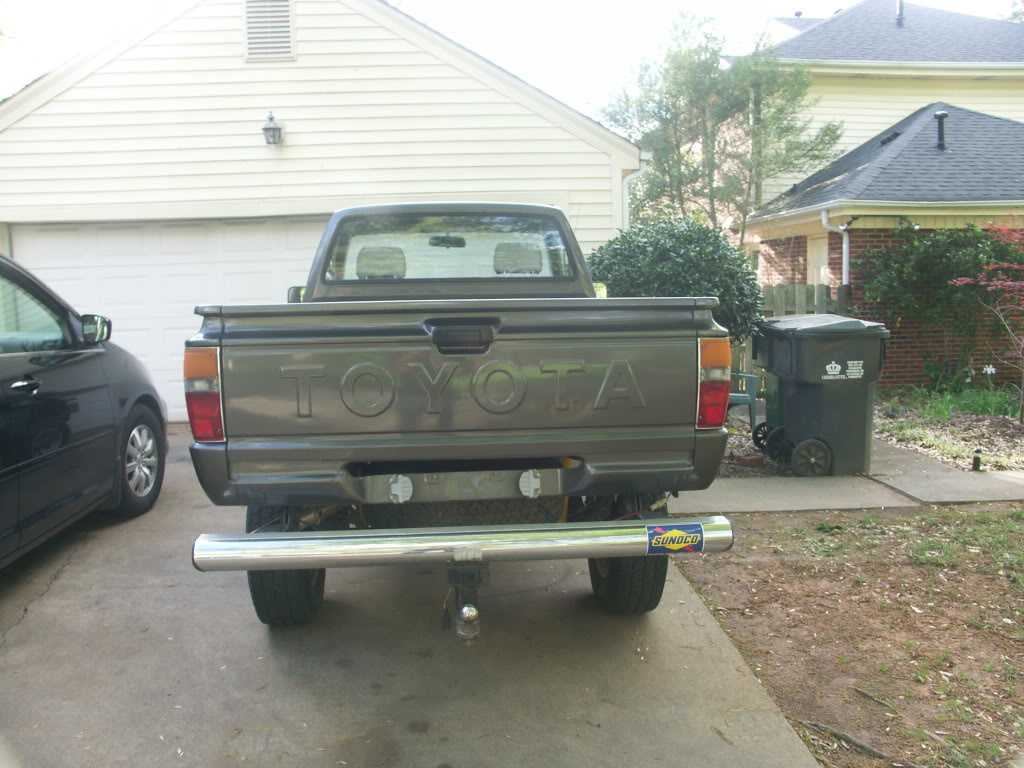